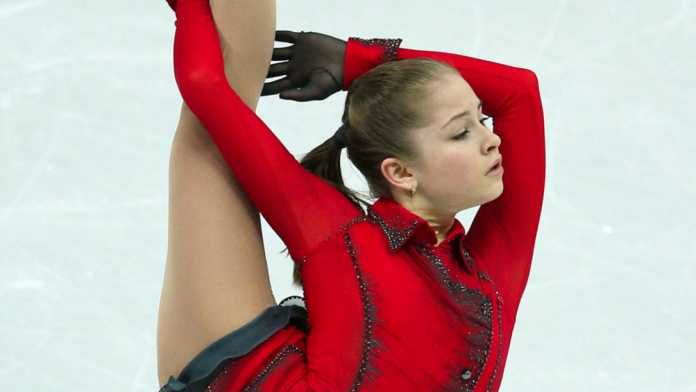 We humans are a group of highly self-conscious beings. We tend to be in a blue funk if something is wrong about our physical appearances. Blame it on the media network that has always celebrated a perfect body or the awful peer pressure, we spare no effort to achieve a certain body type. There is no harm in keeping oneself fit and looking your best, unless it is not taking a toll on the overall health.They say body is a temple and one should worship it. If not worship, accepting the way your body is, embracing the way you look, should suffice.However, it is not as easy as it sounds for teenagers to accept this. Eating disorders among youngsters is a widespread concern. Illogical fear of weight gain, extreme and needless weight loss, and distorted perception of self-image and body, are major factors that lead teenagers to fall prey to eating complications.

Recently, Yulia Lipnitskaya, Russia’s youngest Winter Olympic gold medalist ever at the Sochi Games 2014 has announced her retirement at the age of 19 after suffering from anorexia. Yulia had undergone a three-month long treatment for anorexia, before her retirement. A report by Fox News said “In November 2014, Lipnitskaya complained that she had lost her freedom and felt “constant stress” when trying to live up to her fan’s expectations”. Is it not heartbreaking enough to learn that coming from such a young personality? Well, this is what the fear of judgment of outer appearance looks like and eventually, it takes the form of Anorexia Nervosa. Anorexia is a type of eating disorder where the patient starves or restricts the amount of food intake, fearing weight gain. This condition affects females across all ages, majorly. What is more disturbing is the fact that Anorexia has the highest mortality rate of any psychiatric disorder. Women and girls suffering from Anorexia Nervosa tend to use dieting as a method to achieve a socially-constructed ‘thin’ ideal, whereas Anorexic men may exercise excessively and alter their diet to gain a muscular body.

‘Pretty Little Liars’ star Troian Bellisario also admitted once that she suffered from anorexia. In her attempt to be perfect, she suffered from anorexia and led her to harm herself. She explained that she wanted to be perfect to her parents and everyone else around her.  All this led to a self-destructing behavior. Other popular personalities such as Lady Gaga, Lindsay Lohan, Jessica Alba and few others have also been vocal about their eating disorders. It is not a doddle to detect this condition. Someone around us, someone close to us might be anorexic but neither the person, nor we are aware of it. One can watch out for these signs and symptoms to understand if someone is going through this disorder-

If you observe someone with these symptoms, lend a helping hand by making a conversation with them about it. Research studies have analyzed and concluded that people suffering from this disorder tend to isolate themselves and suffer from depression. Approaching the patients with affection, patience and making them feel comfortable about themselves can help them overcome this situation. There are therapies, nutritional counseling, and medical treatment, which are available for the patient’s treatment.