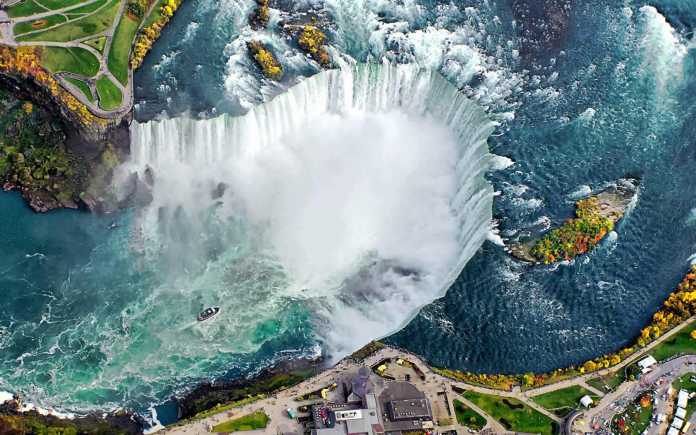 In a first, the iconic Niagara Falls in Canada will host Diwali this year, with celebratory fireworks. These celebrations have been organised by the non-profit Indo-Canadian Arts Council (ICAC) with support from the Niagara Parks Commission.

Speaking about his excitement for the event, Ajaay Modi, founder of the ICAC said, “We wanted to have a landmark destination for Diwali to be observed in Canada, and we wanted an iconic location.” He also added that the ICAC has been working with the local authorities over the last couple of years to make this project a reality.

The ICAC was also responsible for the Niagara Falls adorning the colours of the Indian flag on Independence Day this year. He is hopeful that the number of people viewing the fireworks will not just be limited to visitors on the Canadian side, but also their neighbours across on the US border. The waterfall lies between New York in the US, and Ontario in Canada.

The falls are a two-hour drive from Toronto and are close to the Greater Toronto Area (GTA), so Modi hopes that the event will attract a large crowd, especially given the increase in the number of Indian-origin people and students settling in Canada, particularly in the Ontario region.

However, the event will be held on October 14th, almost a month before Diwali, as Canadian weather gets colder as November approaches, making it unsuitable for an outdoor event of this calibre. The signature Diwali Razzmatazz programme will take place from October 12 to 13 in Mississauga, followed by the fireworks display. Since its launch, the event has been drawing nearly 50,000 people. The event will also have differently-abled performers putting up a heart-warming show enacting the classic Ramlila.

The cultural program is set to take place in the afternoon, followed by the fireworks display in the evening. Fireworks displays are also held at the Niagara Falls for events such as Thanksgiving or Canada Day.