The engineers of NASA have built a low-cost, high-pressure ventilator in 37 days to treat the COVID-19 patients. This device, named VITAL (Ventilator Intervention Technology Accessible Locally) underwent a critical test on 21st April, at the Icahn School of Medicine at Mount Sinai in New York. The device is now being monitored and under the process of gaining authorization for emergency use, by the US Food and Drug Administration (FDA). It is currently going to be used to treat patients with mild coronavirus symptoms. Since the device is made with fewer parts, it takes less time and money to be produced making it more economical than the traditional ventilators.

2. Microplastics in ice cores of Antarctica found by researchers

3. 1st record of human death caused by striking of a meteorite

Researchers have finally found strong and credible evidence of a human being killed due to the striking/falling of a meteorite. After going through numerous old archives and manuscripts, they found one which records the occurrence of meteorites falling from the sky for 10 long minutes in Sulaymaniyah, a city in Iraq, on 22nd August in the year 1888. This event left many injured and paralyzed and killed one.  This is by far the oldest evidence of human death caused due to the falling of meteorite.

Google parent Alphabet Inc. last year awarded its CEO Sundar Pichai $281 million in compensation as mentioned in the regulatory filing of the company. This revelation has made him one of the highest-paid executives in the world. This compensation is 1, 085 times higher than the median of what the company pays to its other employees. The majority of the package offered to Mr. Pichai are stock awards which will be paid based on the performance of Alphabet’s stock on the S&P 100 Index.

5. Apple to now sell Mac computers with its own processor from 2021

From 2021, Apple will be seeling its Mac Computors with their own inbuild processors. The company is currently working on developing three of its own processors, known as systems-on-a-chip. By next year, Apply intends to sell at least one of its Mac laptops with its own chip. The building of its own chips is a developmental step to gain more control of its own products to further improve the devices’ performance. This is also a move to reduce its dependency on Intel and differentiate Apple products from its rivals. The development of Apple’s own chips and processors will also enable it to unify all of its apps ecosystems.

Singer Kanika Kapoor, who recently tested positive for Coronavirus has managed to beat Bollywood’s top actresses like Priyanka Chopra and Deepika Padukone and become the most searched Indian celebrity on Yahoo India. In the recently released search trend by Yahoo India, it is clearly evident that the online searching trends have changed completely pushing other members of the Bollywood industry down, thereby making way for the singer.

7. Sri Lanka to undergo currency swap of $400 million from RBI

For the purpose of boosting foreign reserves and ensuring the financial stability in the country amidst the COVID-19 pandemic, the Sri Lankan government has decided to enter into an agreement with the Reserve Bank Of India (RBI) for currency swap worth $400 million.

8. Union Health Minister says Govt. has protected the nation from entering stage 3 of the pandemic

Union Health Minister of India, Harsh Vardhan announced the good news that we all needed amidst these difficult times. The Union Health Ministry has confirmed that India has not entered in the third stage of the coronavirus pandemic. The minister said that India has sped up the testing process and by now has conducted almost 5.5 lakh test. The immediate steps taken have helped the nation from entering in the third stage. India today is doing much better than most of the other affected countries. The new cases arising every day are also just up to 4%.

According to the new lockdown guideline issued by the center, local shops selling only essential products and items will be permitted to reopen. Other luxury shops like salons, malls, wine shops, restaurants will continue to remain shut. These relaxation measures, however, must only be observed under zones that are green and orange. Red zones will continue to observe a strict lockdown says the Ministry of Home Affairs.

10. Virat Kohli and de Villiers announce the auction of their cricket kit to aid relief efforts

Cricketers Virat Kohli and AB de Villiers who play under the same IPL team of RCB (Royal Challengers Bangalore) have decided to auction their jerseys and cricket kit from an Indian Premier League (IPL) match of 2016 for the purpose of raising funds to aid India in fighting COVID-19. The funds collected by this auction will help serve food to the needy of India.

11. Guidelines for using AC’s correctly issued by the Government

Amidst the rumours that had started doing rounds of the coronavirus spreading through the pipes of ACs, the Indian government has issued few crucial guidelines of using ACs correctly in such times. It has said that the room temperature must be kept between 24°C and 30°C and relative humidity should be between 40% and 70%. The air filters of the ACs must also be kept clean and free of dust. According to a study carried out in 100 Chinese cities, high temperatures and humidity helps in reducing the transmission of the virus significantly. 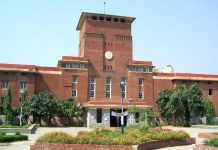 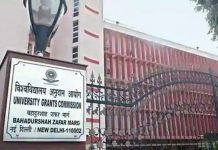 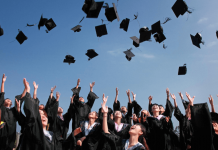 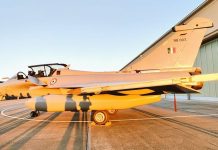 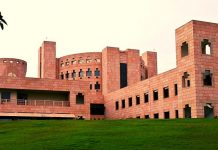 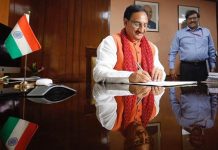