Prime Minister Narendra Modi inaugurated Phase 1 of the ‘roll-on, roll-off (ro-ro)’ Ghogha-Dahej ferry service in Gujarat on Sunday. The ferry will ply the Gulf of Khambhat between peninsular Saurashtra and South Gujarat. Ghogha situated in Bhavnagar district of Saurashtra, across the gulf from Dahej in Bharuch district. This will be South-Asia’s first world-class ferry service.

The government claims at least one crore jobs would be generated under Sagarmala in the next four to five years. According to logistics solutions provider Global Ocean Group, the Sagarmala project will add 2 percent to the country’s GDP. 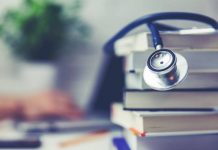