A year’s long battle has finally been won. An irrational and unjust Islamic law of triple talaq which had the power of ending a marriage of Muslim couple after a man said ‘talaq’ to his wife three times, has finally been shown the way towards the dumpster.

President Ram Nath Kovind has given his assent on the Muslim Women (Protection of Rights on Marriage) Bill on 1st August which was passed in the Rajya Sabha (Upper House) on Tuesday (30th July). The passing of the triple talaq bill has restored faith and justice in the hearts of Muslim women.

After many difficulties, the NDA government despite lacking the required number of votes in the Rajya Sabha successfully managed in winning a total of 99 votes for the bill against 84 votes against the bill by the opposition.

The required numbers came down as the AIADMK (All India Anna Dravida Munnetra Kazhagam) and JDU (Janata Dal (United)) chose to walk out rather than voting against the bill. This worked greatly in favour of the NDA government which is in a minority in the upper house. On the other hand, the BJD (Biju Janata Dal) decided to favour the government and voted in favour of the bill.

The Congress, DMK (Dravida Munnetra Kazhagam), Samajwadi Party and the Rashtriya Janata Dal (RJD) were against the bill as the believed it to arbitrary, partisan and unconstitutional. They were of the belief that if the bill gets passed, the law will be misused by many and will lead to the victimisation of the Muslim men.

The opposition had demanded that the bill be sent to the select committee for scrutiny and deliberation. However, this move of the opposition too failed, as some of the opposition parties that opposed the legislation opted abstinence and some staged a walkout, helping in the passage of the bill.

The absence of many house members like Sharad Pawar and Praful Patel of the Nationalist Congress Party, five lawmakers from the Congress, four from the Bahujan Samaj Party, six from the Samajwadi Party, one from RJD, one from Trinamool Congress, and one from DMK further simplified the passing of the bill.

The battle to pass the bill began in 2017. The bill than had been passed to the Supreme Court where it heard its first judgment. The Supreme Court announced that the practice of triple talaq will be considered as unconstitutional and the pronounce of talaq three times in one constant sitting will be void and illegal.

As per sources, the bill, however, lapsed as the lower house dissolved since the NDA government completed its tenure. Back then the bill hadn’t been passed in the Rajya Sabha. In this year, the bill was introduced in the Lok Sabha and passed easily last week since the government enjoys a good majority in the lower house.

The triple talaq bill will be deemed to have come into force from the 19th of September, 2018. After receiving the president’s assent today, the law minister Mr Ravi Shankar Prasad said,  “This is a historic day. Both the Houses have given justice to Muslim women. This is the beginning of a transforming India.”, confirmed the sources.

This was followed by a tweet from the prime minister Narendra Modi that said: “An archaic and medieval practice has finally been confined to the dustbin of history! Parliament abolishes Triple Talaq and corrects a historical wrong done to Muslim women. This is a victory of gender justice and will further equality in society. India rejoices today!”.

The bill has made triple talaq a cognizable offence, and has announced that any man who divorces his wife pronouncing ‘talaq’ three times will be subjected to three years of imprisonment with a fine. The police now, on receiving a complaint from the woman can arrest the man without having an arrest warrant. The bill, now a law also enables a man to appeal to the court if he feels that his wife has misused the law.

Eclipses: Myth, Culture And Its Impact On Us 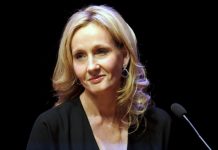 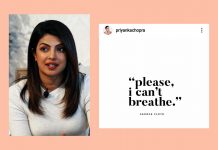 Why Priyanka Chopra Shouldn’t Be Blamed For Performative Wokeness 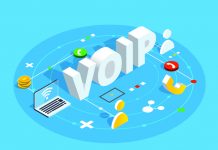 From Copper Wired Telephone Calls To VoIP, Communication Has Come A Long Way