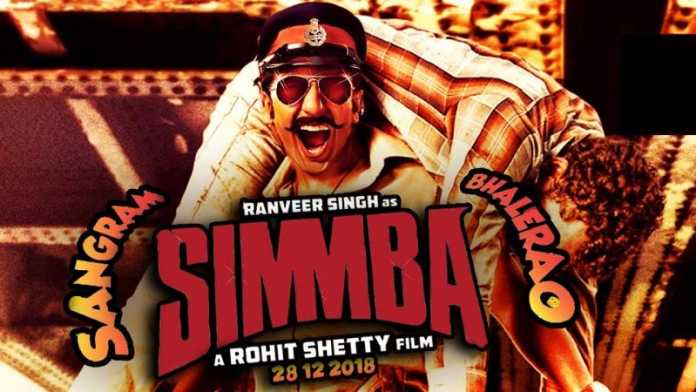 Directed by Abhishek Kapoor, Kedarnath is an epic love story of how a Muslim pithoo saves a Hindu tourist from the Uttrakhand floods at the pilgrimage, and eventually the two fall in love with each other. This film also marks the big screen debut of Sara Ali Khan, opposite Sushant Singh Rajput in the lead. If the trailer is anything to go by, this movie should definitely be on your must-watch list.

This much-awaited Shahrukh Khan-starrer directed by Aanand L. Rai is about a man with short features and a difficulty in finding love, finding companionship in Aafia, a scientist suffering from cerebral palsy. But a leading female superstar falling in love with him, puts his relationship with Aafia in jeopardy, and he is forced to make a tough choice. Zero is also the last film in which late superstar Sridevi makes her final on-screen appearance. Simmba is a remake of the Telugu film ‘Temper’, directed by Rohit Shetty. Although not much is known about the Simmba’s story, Temper is about a corrupt police officer who falls in love with a woman who leads him to the path of justice. Simmba stars Ranveer Singh, Sara Ali Khan, Sonu Sood, Arshad Warsi, and more.

Spiderman: Into the Spider-Verse

An animated action-packed adventure, Spiderman: Into the Spider-Verse centers around how Spiderman crosses into parallel universes to team up with the Spider-Men of those worlds to fight evil. Another exciting feature of the movie is that fans will get to see a Spiderwoman, a first-ever in the history of the Spiderman world.

Fantastic Beasts: The Crimes of Grindelwald

Another great addition to the Fantastic Beasts series, the movie is the 10th installation to J.K Rowling’s wizarding world after the Harry Potter films. When the most powerful dark wizard Gellert Grindelwald escaped the custody of MACUSA (Magical Congress of the United States of America), he sets on a mission to gather many followers to raise wizards and witches to rule over every non-magical beings. Fans are particularly excited to see Minerva McGonagall (Maggie Smith) of the Potterverse make an appearance in the movie

Set in 19th century London, Michael, father of three, and Jane are all grown up leading independent lives of their own. But after Michael suffers a personal tragedy, Mary Poppins returns to London to look after the Banks and their children, to remind them of the joy they once shared as children. The film stars Emily Blunt as Mary Poppins, and falls under the fantasy musical genre.