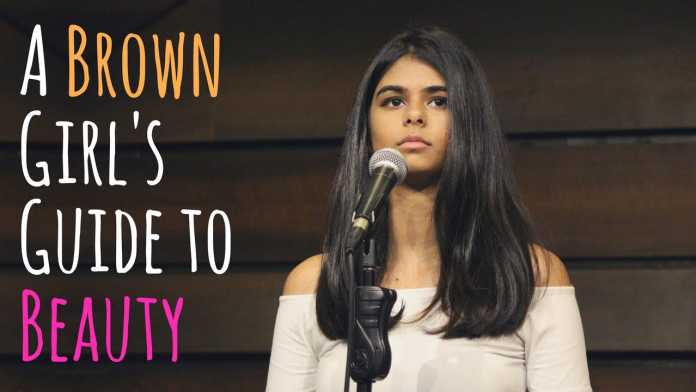 Change leaders are everywhere, and finding them is not a difficult task. They are defying society’s norms and creating a name for themselves in modern India. From comedy to entrepreneurship, young Indians everywhere are inspiring millions with their words and their actions. Some of them had to break free from their parents wishes and dreams for them, others – a patriarchy. Many of them took on large corporations, and some took on their religion. These Indian change agents have changed the meaning of the word ‘change’, and have taken upon themselves to allow others to fully express themselves.

With her “A brown girl’s guide to..” series, Aranya has revolutionized our way of thinking about women. Coming from patriarchal roots, India has forgotten that it’s called our motherland, as we mistreat women from city to village. She started at the age of 13, when she first went on stage to speak about gender inequality. She’s passionate about mental health, and poetry is her medium to reach millions online and even more across the globe. She’s interested in pursuing psychology and feels like India ignores the importance of mental health. It’s her way of starting a dialogue with young India. She loves the challenge of prepare a work of art on stage and she’s following her passion with hard work and dedication. She took on HUL for dumping toxic waste in Kodaikannal’s natural forest area. She wrote a viral rap song that got the attention of Nicki Minaj in the US who tweeted out her support. She’s been a vocal advocate for body positivity, gender rights, and human rights. She prides herself in not being a part of the pack, and has her own sense of passion stemming from her beliefs. She’s creative, inspirational and motivates thousands of women to follow their own path and not beat a broken drum. She wants to pursue a successful music career and hopes that her brand of art is accepted across the world. After her hit song, HUL was brought down to its knees as it broke its silence after more than a decade. Sofia did it single handedly. We all know him as the CEO of OyoRooms, but we don’t know much about his life’s story. He was homeless and broke at one point and lied to his parents saying that everything was ok. He was at the end of the line, when suddenly he got an idea for a startup. To really make his dream come true, he reached out to a hotel manager who urged him to “provide some value” to his hotel. Ritesh realized something that many young Indians don’t even when they’re in their late twenties. He realized that a successful venture needed to provide value to someone. That’s when his mindset shifted, and he started to design a brand around the idea of budget hotels that are standardized. He also got accepted into the Theil Fellowship prior to that (the only Indian), and he received multiple accolades for his work in the field of entrepreneurship. One of the youngest CEOs in India, he got his birthday wish come true when he received a computer at the age of 7. He started playing around with it and wanted to learn how to play games, edit videos and learn about science. He quit school in the 9th grade, to start a web development and marketing company in 2011, and he’s never looked back since. Now, he’s inspiring young CEOs all over the world with his vision and passion. He’s formed three more companies including – Group for buddies, Global web mount and Mind-In advertising. He started off with an initial investment of 10,000 from his mother. By the time he became 18 years of age, he had touched the lives of over 1 lakh customers around the world, with branches in US, the UK, Hong Kong, and Turkey. He’s been awarded with the ‘Young Entrepreneur of the Year’ award twice and has letters of appreciation from the Prime Minister.