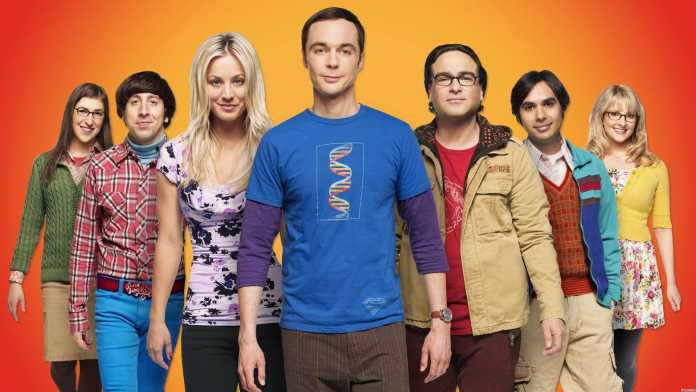 Beloved Sitcom The Big Bang Theory will say goodbye to your television screens as producers announce season 12 to be the show’s final curtain call. If the show’s fan pages are anything to go by, fans are broken-hearted at the announcement, calling it the ‘end of an era’. TBBT, which stars Jim Parsons (Sheldon Cooper), Johnny Galecki (Leonard Hofstadter), Kunal Nayyar (Rajesh Koothrapaali), Simon Helberg (Howard Wolowitz), Kaley Cuoco (Penny), Mayim Bialik (Amy Farrah Fowler), and Melissa Rauch (Bernadette Rostenkowski), is one of the most watched shows on US television, with nearly 15 million views per episode. Let’s take a look at some of the funniest moments during the shows epic 12-year run –

Sheldon sends himself into a tizzy trying to find the perfect gift for Penny, and walks away with a bunch of bath product gift hampers (because obviously, he couldn’t zero in on one). While exchanging their gifts, Sheldon opens up Penny’s gift to find a napkin, but it’s not your ordinary napkin. It’s one signed by legendary actor Leonard Nimoy (a.k.a Spock). His joy even evokes a very rare Sheldon-Cooper-hug for Penny because the dozen gift hampers were ‘not enough’!

When Raj finally spoke to a girl without alcohol

Raj was notorious for his inability to speak to women without the help of some liquid courage in the form of alcohol. But those conversations quickly turned into an overconfident Raj with a number of sexual intimations thrown here and there. But all it took for the Indian immigrant to have a normal full-fledged conversation was one big blow to his fragile heart, courtesy of his girlfriend Lucy, and voila! There was no turning back (or shutting him up!)

When Amy had her princess moment

How to woo your lady after a big spat – give her an OTT tiara of course! When Sheldon and Amy (a.k.a Shamy) have a big fallout, Sheldon attempted to get Amy to forgive him like ‘regular people’, and buy her some fancy jewellery. One look at that tiara and Amy was (obviously) sold!

When Howard has a heart to heart with Bernadette’s father

Howard was chosen by NASA to go into space for one of their missions, and fear made him sick to his stomach. Seeking consolation in a fatherly figure, he turns to his fiance’s father, Michael, who is also an ex-cop. One can clearly sense Michael’s distaste of Howard, and just when you think you’ve reached the teary-eyed emotional moment, BAM! Michael convey’s almost every doting father’s deep-down thoughts about the man his daughter is going to marry.

When Sheldon plays the bongos

Sheldon’s world is turned upside down when his regular barber is unavailable for a haircut. When this brings a host of chaos to his otherwise precisely organized world, Sheldon realizes that nothing is certain and goes berserk, and this is best seen in his midnight bongo jam. In a rather comical time of events, this episode makes for a truly hilarious watch.

When Leonard’s father and Sheldon’s mother got together

Leonard’s father and Sheldon’s mother did a rather embarrassing walk of shame the morning after Leonard and Penny’s wedding rehearsal dinner. But leave it up to Sheldon to make a situation awkward times ten! Sheldon questions Leonard’s father if he ‘defiled’ his mother, and the rest…well… just watch!