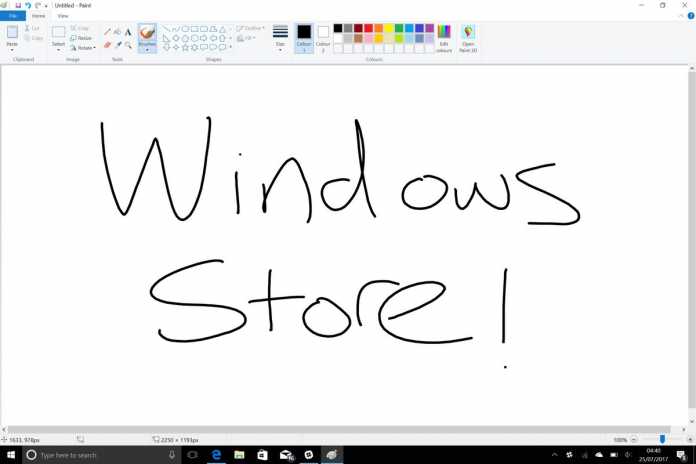 After much uproar regarding Microsoft’s decision to eliminate Paint from all future versions of Windows, Microsoft has announced that they’re not going to kill the app but they plan to keep it around in a different form.

The app will not be a part of Windows’ installations, but users can download the app for free via Windows Store. Megan Saunders, Microsoft’s general manager of the 3D for Everyone initiative, said: “MS Paint is here to stay, it will just have a new home soon, in the Windows Store where it will be available for free. This is an addition to 3D Paint that comes along with the Creators Update. However, this new version is completely unlike the original one.

Microsoft put out a blog post in response to the anguish over the removal of a childhood favourite that read- “Today, we’ve seen an incredible outpouring of support and nostalgia around MS Paint. If there’s anything we learned, it’s that after 32 years, MS Paint has a lot of fans. It’s been amazing to see so much love for our trusty old app.”

To mark the end of MS Paint’s 32 year-long run on Windows, we bring you some of the most stunning works of art created by Boston-based artist Patrick Hines using only MS Paint-