History was altered and shaped in favor for the Indian boxer Mary Kom at the World Boxing Championship (Women’s) in Ulan Ude, Russia. On October 10th, 2019 she succeeded in beating the Colombo representative, Valencia Victoria at the quarter-finals with a verdict of 5-0 in the 51kg weight category. What makes such a victory so special is that earlier she was tied with the world champion, Felix Savon. Now she did not just finalize her place for a medal, but also surpassed her medal count to become the most successful boxer with the world championships for boxing, since 1974, in both male and female category.

At 36, Mary Kom owns a total of six gold and one silver medal in the world championships. The results of her tournament would determine an addition to the seven-time winner a triumph for the newly earned title and an eighth medal of honor. When asked about her take at this achievement, she told TOI that she is “happy with the achievement” and how it is “an amazing feeling” to reach such an honor.

She continued to thank her supporters and felt like her “job is not yet finished.”

Her semi-finals would be an important match to the finalist as it would ensure her to not face any trials and would directly enter into the first 2020 Olympic qualifier in Wuhan, China (Feb 3 to 14)

What adds to this success of the Indian boxing team is the wholesome performance of the team including Manju Rani, Jamuna Boro, and Lovlina Borgohain. They have proceeded to the semi-finals in their respective weight divisions adding more to the already proud moment for the Indian team.

Manju, who belongs to the 48kg weight category made her maiden world’s appearance special after giving a fight and succeeding against Kim Hyang Mi of North Korea by the score of 4-1. Kim is the last editions’ bronze medalist. Jamuna, also a debuting player, of the category 54 kg won against Germany’s Ursula Gottlob by a close borderline. The final bout of the day brought a wisely played match by Lovlina, as she was patient to effectively fight and watched closely to place punches on Poland’s Karolina Koszewska and won 4-1. She fabulously declared her second world medal and maintained her victory as last years’ bronze medalist for the same tournament. All the matches would take place on October 12th (Saturday). 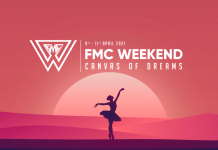 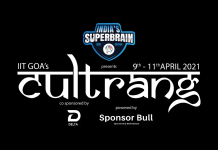