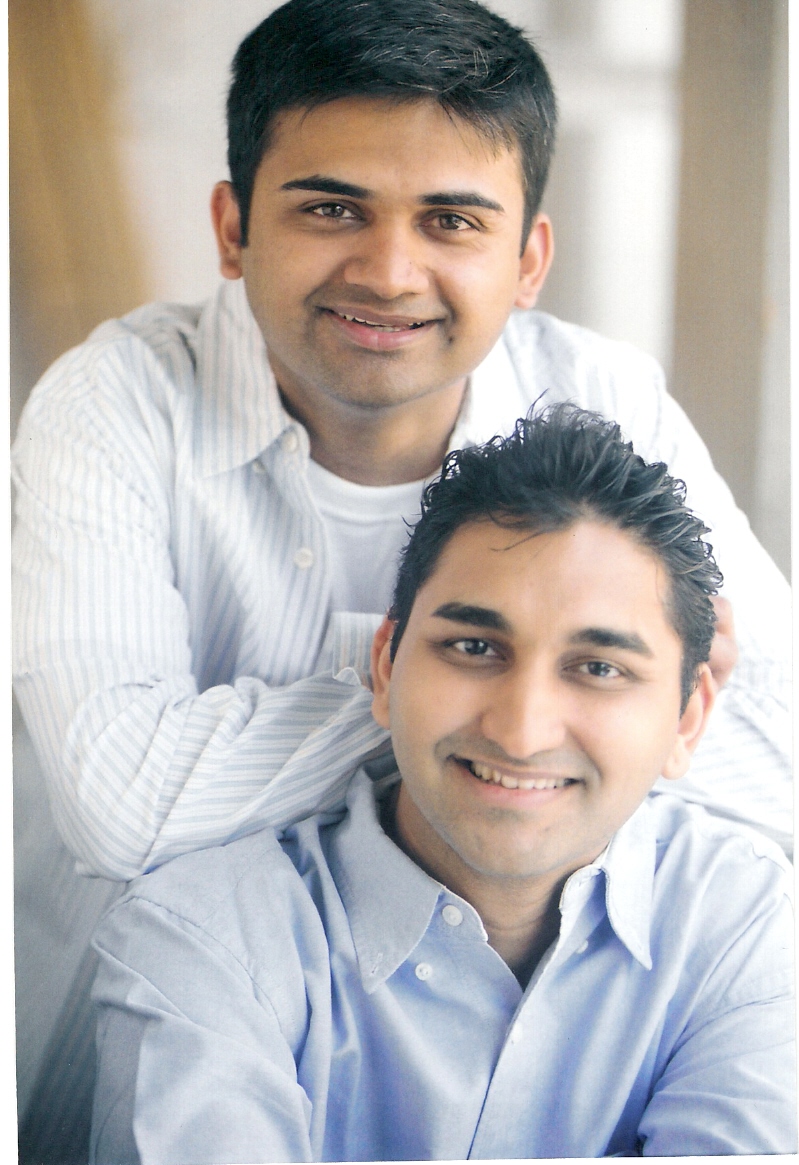 What they say is true – love conquers all. Sameer Samudra talks about his marriage with Amit Gokhale and how it takes a little courage to get where you want to be

WHEN YOU’LL FIRST MET, DID YOU THINK YOU’LL WOULD GET THIS FAR?
Amit and I met through the online ‘gaybombay’ mailing list. He was a student in Cleveland and I had recently finished my Masters in Engineering and was working in Columbus, Indiana. We started off as good friends and there was no talk about being in a relationship or dating each other. At that time Amit was very much in the closet and he did not have the courage to come to terms with his sexuality. He felt that he would need to marry a girl because of societal and family pressure. I was looking for a boyfriend at that time, so since our goals in life were completely different at that point in time we started off as just friends. At that time if someone would have told us that we would be together I would have laughed it off. But without realizing it, we fell in love with each other in the first couple of months itself and the rest as they say, is history.

WHAT WOULD BE ONE QUALITY THAT YOU WOULD CHANGE ABOUT YOUR SIGNIFICANT OTHER, IF YOU COULD?
I don’t know if we can change anything about another person, but a quality that I always feel Amit can improve on is his worrying nature. He is a worrier and he needs to chill. I keep telling him that life is not as complicated and tough as we think. But worrying about things is just his nature. And I know that has impacted his health and mental well being at times. So, I guess if I could I would try to change this nature of his.

WHICH OF THE TWO OF YOU WOULD YOU SAY IS THE MORE POSSESSIVE ONE?
Not sure if we are possessive now, but I know in the initial days of dating I was very possessive about him and our relationship. I think with age and maturity we have grown in the relationship and built that bond of trust.

HOW DO YOU SEGREGATE BETWEEN YOUR PERSONAL AND PROFESSIONAL LIFE? DOES ONE GET IN THE WAY OF THE OTHER?
We work for same company, so at times it is hard to not talk about work at home. But we do try to maintain our home life separate from our work life. I love cooking, so I spend a lot of time at home doing that. He enjoys following American politics and related news, so he is usually doing that once home. We prefer to spend quality time together talking about social issues happening around the world or achievements of individuals from different walks of life. These conversations with each other help us explore life together and exchange our thoughts on different topics.

HOW DO YOU DEAL WITH YOUR DIFFERENCES IN OPINION?
We agree to disagree on some topics and on other topics we try to find golden mean. For example, I am an activist at heart. I believe in social justice and speaking up against injustice and cruelty in society. I am a person who will participate in marches or speak up at town halls and write letters to senators. Amit on the other hand is not much into social activism. Initially it upset me because for me, life has no meaning without social activism. But now, we both have agreed to come to common ground on topics like this. He will participate in his own way in social activism and I don’t push him to do things that he doesn’t want to. He has made me a calmer person and I had initiated some level of an activist in him. I think that’s what relationships do to you; it stretches you to get into these uncomfortable territories.

WHAT HAS BEEN THE CRAZIEST THING YOU’LL HAVE EVER DONE TOGETHER?
Marrying each other in an extremely conservative state and city I guess. Initially we were not sure if having an Indian gay wedding in Columbus, Indiana is that great an idea. But then we realized we both work and live here. We have met here for the first time, so why not. Other than that, I think the second craziest thing we did together was kissing each other in front of a homophobic group of protestors in the New York City Gay Pride.

HOW DO YOU DEAL WITH THE SOCIAL STIGMA ASSOCIATED WITH BEING A GAY COUPLE?
Over the years I have learnt to only pay attention to people that matter to us and our relationship. I used to react to every negative response or person, but then I realized it’s not my problem that they have an issue with us and our relationship. Amit and I live an honest and successful life. We work hard, we pay taxes, we love our nephews dearly, we take excellent care of our parents, we go on nice vacations, we participate in social activities for the betterment of the underprivileged and we are unapologetic about the way we are and the way we live. For me, that has worked best to deal with social stigma – living an open and honest life. Over the years I have seen people change their perception of gay people when they see our lives which is just same as anyone else’s. Also, living in America gave us the courage and confidence to be who we are. Unfortunately there is still a big taboo and social stigma about gay people within our own Indian American community. Hopefully with time that will change.

WHAT DO YOU WANT TO TELL SOMEONE WHO IS IN LOVE WITH A CLOSET HOMOSEXUAL?
Being in love is a great feeling however being in the closet can be suffocating. I know it takes courage and time to come out of the closet. However if you want your love to be respected and appreciated, there is only one way to do it, by being out and proud. I spent lot of my shaping up years being in the closet and worrying about things but now when I am open and out about who I am, it feels extremely liberating. Being myself has opened up a completely new world for me which I would not have experienced if I was in the closet. Trust yourself, value your love and feelings and come out. There is a lot of support and help available for people once they come out.