NAVI MUMBAI FOOD FESTIVAL
Navi Mumbai Food Festival 2016 is an exciting and fun-filled initiative by Madea Creative House. Navi Mumbaikars will experience the amusing food festival for the first ever time. The festival will unite the community through celebrations of Food, Fun & Entertainment 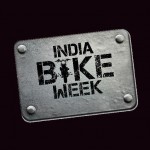 INDIA BIKE WEEK 2016
It’s a jungle out there, with twisted throttles, tyre threads and roars of piston-fired engines. The clan makes its voyage across the country, as every two-wheeled species adds to its strength in numbers. Bigger, badder and better than ever before. With film festivals, biker build offs, gigs, beer and a whole lot more, the ride has only just begun.Be a part of the Great Migration to Goa.

DA-BANG – THE SALMAN KHAN LIVE IN CONCERT
The biggest entertainment event ever in India, The Salman Khan live in concert will have the superstar Salman Khan performing Live for the audience in Surat along with the sizzling performances of Jacqueline Fernandez, Chitrangada Singh, Elli Avram and Lauren Gottlieb. There will also be electrifying live singing performances from the famous Neha Kakkar and Nakash Aziz along with the fresh flavor of Darshan Raval. The comedy live acts will be by Daadi and Gutthi (Ali Asgar and Sunil Grover) from the famous show Comedy Nights with Kapil. The show will be hosted by India’s favourite anchor – Manish Paul. 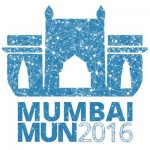 MUMBAI MUN 2016
One of the most prestigious conferences in the country, Mumbai MUN has ventured to undertake a defining vista towards the world of international diplomacy. With a sublime array of UN committees to pursue your statesmanship in, it has spelled out the meaning of ‘Model’ in MUN. Having such an illustrious legacy, Mumbai MUN is back with its fifth edition.
Register with them at www.mumbaimun.com

LIT- O-FEST
Lit-O-Fest is a literature fest at St. Xavier’s with a difference – in addition to hosting valuable sessions with recognised authors, the festival allocates an equal space and attention on young emerging authors as well as Hindi and other regional author’s work. It is also a platform to initiate an Authors awards to recognise emerging authors & felicitate established literary stars.
For more information:www.lit-o-fest.com 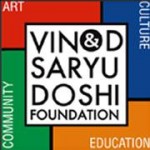