Splitsville for Mr and Mrs Kutcher?
They have been married for six years now, and were the hottest couple around; she was the cougar and he the toy boy. Now, all is not well with the couple, as Ashton Kutcher and Demi Moore are currently in the midst of a divorce. Ashton is said to have had a fling with a 23-year old student that too on the weekend of his sixth wedding anniversary! Gossip tabloids are going crazy with the rumours surrounding the reasons behind the couple’s alleged divorce. While a certain American gossip magazine claims that the student is having Kutcher’s love child, another says the reason is because of photos that speak of Ashton’s cheating streak. Yet another, claims that Ashton had separated from Demi in September when she had yet again taken to the bottle, before any of the reported infidelity had taken place. But, in early October, the couple was spotted attending a Kabbalah service together, before which they indulged in a passionate embrace. Neither star has spoken about this, however, Demi is said to have been tweeting really depressing messages about relationships for the longest time!

All dolled up!
Move over Barbie, because Angelina Jolie is here! Bezel Doll Group has announced its plans to create a lifelike celebrity doll of the star. The dolls are said to be flawless creations that wear mini versions of the stars’ cloth. Some of them even have the same tattoos and prominent birthmarks of the particular star. Looks like the Jolie doll is sure to have a number of tattoos!

Hack attack
Friends with benefits co-stars Mila Kunis and Justin Timberlake were rumoured to have exchanged semi-explicit photographs and text messages. This came to light after Mila’s phone was hacked and some of the photographs were released online! Among the photographs was one of a shirtless Justin Timberlake, while the other portrayed Mila in a bathtub. Well, we can only wonder why celebrities keep such racy photos on their phones, when they know that their phone’s could let stolen, lost or hacked.

Kangana’s beauty secret
Word is that Kangana Ranaut is glowing these days, and it’s all because she is in love! After her breakup with Adhyayan Suman, it seems that she has finally found love. The man in her life is said to be an English doctor named Nicholas. The two met in 2010 through a common friend in Mumbai. She revealed that it was love at first sight and their relationship is said to have grown over time even though it is a long distance one. Her friends say that they have never seen her so happy before! Kangana says that she couldn’t have asked for anyone better. However, the actress refused to divulge the man’s name. 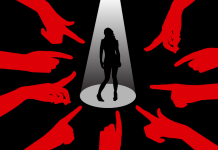 Slut Shaming: An Evil That Is Decaying The Society. 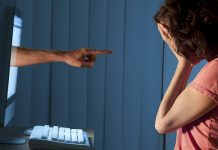