The United Nation marks 26th June as the International Day against Drug Abuse and Illicit Trafficking. This day is observed to take steps and measures against drug abuse and trafficking. The theme for 2019 is ‘Health for Justice, Justice for Health’. The theme aims at conveying to the world that health and justice go hand in hand when it comes to dealing with drug abuse. Through this year’s theme, the UN is sending out a message that institutions of criminal justice, health and social service should work in cooperation towards one common cause and goal of addressing the problem of drugs and trafficking.

Why should this initiative be taken seriously?

Drug addiction and drug trafficking are severe concerns that have plagued many countries and require immediate addressing. The under developed and developing nations are the main affected countries.

Leaving these two unchecked can lead to many developmental issues. What is disturbing is that the youth is getting trapped in this web.

What is drug abuse and drug trafficking?

Drug or substance abuse is when an individual consumes illegal drugs extremely harmful to the health and drug trafficking refers to illegal cultivation, manufacturing and trade of drugs. People are said to get addicted to drugs as it provides a pleasing feeling of extreme pleasure. It is said to make one feel good. The constant and repeated want of consuming the drugs is the first sign of addiction. When this starts increasing, one gets desperate, starts fighting with loved ones who try to stop him/her, starts withdrawing himself/herself, starts spending huge amount of money to gain the substance, and in worse cases starts stealing to get the money to acquire the substance.

How is the drug situation in India?

India and mainly its youth is a victim of drug abuse as well as drug trafficking. While Punjab is known for dealing with drug issues, other states like Maharashtra, Kerala, Tamil Nadu, and Madhya Pradesh too are increasingly falling prey to this. In Punjab alone, around 75% of the youth is said to be addicted to drugs, a figure that is immensely worrisome.

India’s youth constitutes a majority of the country’s total population. This youth is capable of changing the picture of the country and bring about massive development and success to the nation. However, the youth in increasingly becoming a victim of drug abuse which is an alarming concern.

As stated by scroll, in the year 2014, around 3,647 suicide cases due to drug addiction, were recorded.

On this day, many NGOs, health institutions, drug addiction survivors, government bodies, and also individuals join hands to educate and spread awareness about the harmful and life taking effects of drug consumption.

On this International Day against Drug Abuse and Illicit Trafficking take a pledge to spread awareness and say NO to drug consumption and trafficking forever. 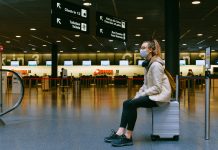 Here’s What To Know About The Extended Lockdown In Maharashtra