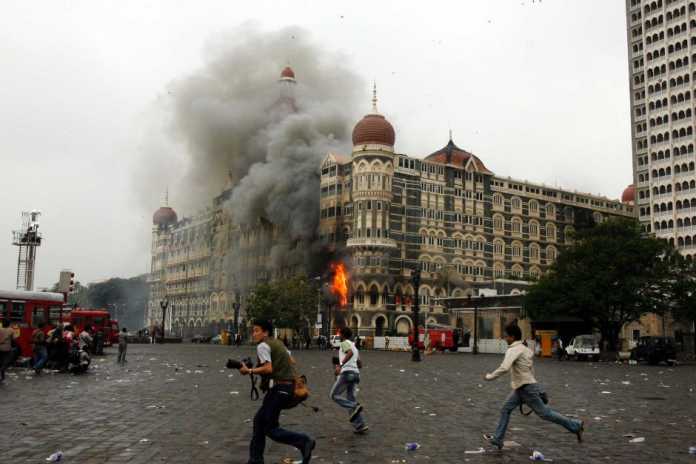 Innocent people attacked in the name of politics and radical ideology is the greatest tragedy of our time. In the last five years alone, the world has witnessed barbaric crimes committed in almost every corner of the world.  The increased frequency of terror strikes is crippling the world everyday, and is putting education at risk.

The cure for cancer or AIDS could be locked in the mind of a child in a war torn neighborhood, or in the mind of a child who was taken from the world in a terrorist attack, like the one in Manchester or London last month. The rise of terror is the greatest threat to all the good that has been built by mankind so far. Age-old monuments are being wiped out by bombs in a matter of minutes, damaging our heritage as a species. The attacks in Tehran last week were aimed to damage two historically significant monuments- The Tomb of Ayatollah and the Parliament building; the UNESCO heritage site of The Arch of Triumph in Palmyra, Syria has been destroyed along with many other heritage monuments in the middle east, some of which were over 2000 years old.

It is impossible for humanity to progress if we have nothing from the past preserved. The young people of the world represent our hope and potential as a people and their right to education is worth fighting for. Every year scores of students leave their homes and their countries to pursue education abroad. This exchange is a mutually beneficial process where students enrich their lives with the experiences they are exposed to and the community they become a part of benefits from their hard work.

With the increased frequency of terror attacks across the world, the safety at universities and colleges is threatened. Top rated universities like Oxford, Cambridge, Yale, Harvard and so many others have been operational for centuries and some of the best minds have studied at these great institutes. People of all nationalities strive to make it to these universities, and those that study there influence the world. Pick up the brochure for any college in the United States, Canada or Australia and you are likely to find a group of diverse students in the photos. Most colleges pride themselves on the diverse cultural background that their faculty and student body represents, but in light of recent events it wont be surprising to see that diversity diminish.

Increased terrorist activity across Europe has made families and students from other parts of the world terrified to travel, which is a great shame considering Europe is a haven for arts and culture. From airports to crowded marketplaces so many areas have been targeted and attacked that nowhere can be considered safe. It seems as though before the world can heal from one attack, fresh wounds are made in yet another attack.

Even with campus security in colleges, there are so many loopholes for security breaches considering the large number of people that reside and work in large universities. ‘Lone-wolf’ attackers that slip into crowded areas at campuses and attack innocent students are difficult to weed out, due to the logistical obstacle. Lone wolf attackers target students while they are their most vulnerable, in a place where they are studying and living.

When terrorists attack, their actions don’t just target one group of people, oftentimes their victims include people of all ethnicities. With every passing year, parents are becoming more skeptical to send their children away to study, and instead of narrowing down colleges based on relevant curriculums, parents have to factor in what colleges/universities are in ‘safe’ cities.

Schools and colleges now require special parental consent before students can be taken on school trips to museums and other places of cultural importance located in high risk areas, the impact of continual terror attacks is already bending curriculum.

The 2016 attack at Ohio State was yet another example of unpredictable ‘lone wolf’ violence at campus, where a radicalized youth went on a stabbing spree hurting many students and staff members. Events at colleges like football games, dances and other student led activities are an important aspect of student life that requires students to congregate in public spaces. Unfortunately even with top-notch security it is hard to filter out suspects among thousands of people, and it can be equally damaging to wrongly accuse someone based on racial profiling.

The aftermath of terrorist activities can be felt long after the actual attack; it is possible to recover from physical wounds but the residual hatred that is generated as a result of these attacks is hard to heal. Terrorism is no longer the subject of news; it is a matter of debate in canteens, libraries and college classrooms. Oftentimes in the news it has been proven that the perpetrators of many such attacks are intelligent educated individuals themselves, who obtained degrees at top colleges and were at some point radicalized.

Colleges and university campuses are the safe havens where students grow, learn and really come into their own. A large aspect of pursuing higher education is having the chance to obtain a degree while working alongside individuals of various backgrounds to make successful contributions to a shared world.

The foundation of academia is cultural diversity; cultural exchange has always been a part of academics- the work of Socrates, Albert Einstein and Rabindranath Tagore can be found in textbooks from Bangladesh to Brussels. Academic excellence anywhere can be helpful to communities everywhere. If the chance to pursue this education is denied to capable students we are all to suffer, and if students are isolated and targeted while they are pursuing their education that can have dangerous outcomes. A content person is less likely to be radicalized, and hatred alone can breed more hate. Regardless of whether attacks are carried out by military or militants, the loss of innocent lives corrodes our world from the inside out.

Education may be a right for a lot of people, but for a large part of the world it still remains a luxury. The cure for a lot of problems lies in the minds of students who can create great things in a nurturing environment. The safety of these environments is more important today than ever before. Students that want to leave their homes to pursue quality education should have to worry about academic merit and not the threat to their personal safety. The escalating violence and terror that has been unleashed on the world in the last decade has the potential to cripple the educational system as we know it today.