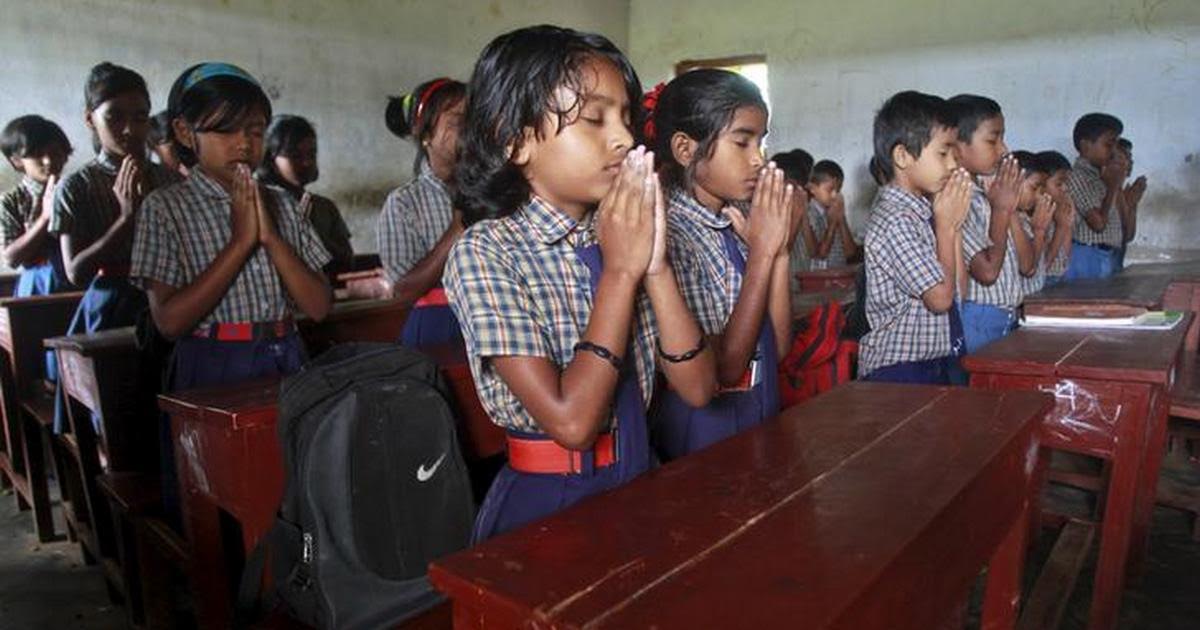 The BJP government in Haryana has decided to introduce moral science as a subject for the students which will include various religious texts in the school curriculum. The government had faced a lot of criticism last year when it tried to including the “Bhagavad Gita” in their school textbooks. The Congress who opposed this even called it “saffronisation of education.” Holy texts like the Bhagavad Gita (Hinduism), Quran (Muslim), Guru Granth Sahib ( Sikhism) and the Bible( Christianity) along with the texts of freedom fighters will make their way into school textbooks.

This new addition in the syllabus will come into effect from July 1 after schools will reopen post summer vacations. While all religions have been decided to be included in this new syllabus, there has been more focus on Hindu religion. The state education department has already distributed the new textbooks and has asked the government and private schools to follow the same. Sources say that the newly drafted syllabus on moral education will first be introduced in Haryana as a project and will be introduced in other BJP ruled states later.

The subject of moral education will be introduced at a programme in the Kurukshetra University auditorium on July 5. Different religions will be prescribed for each class and all religions focus on character building. The state has prepared the curriculum in collaboration with educationists and organisations.

The Education Minister Ram Bilas Sharma had a meeting with senior officials of education and allied regarding the preparation for introduction of the subject on Sunday. The event to launch the religious texts in school curriculum will be attended by Haryana governor and ministers from the Centre and the State government. The state of Haryana has had the BJP government ever since October 2014.

What do you think about this move by the BJP government? Do let us know in the comments box below.