FIFA or Fédération Internationale De Football Association in partnership with AIFF (All India Football Federation) and the union government of India has launched the Football for Schools project in the country. The project aims to promote the game in the country and encourage more and more students to actively participate in playing football.

The project, Football for School was launched globally some four years ago by both FIFA and UNESCO and reach out to over 700 million children across the world. Through the project, the two bodies aimed at developing, empowering and educating children on various topics in addition to football, and to make them better citizens of their country.

India has now welcomed this project as it is well in line with the country’s National Education Policy of 2020 which seeks to promote sports-integrated learning. A joint conference was held between FIFA, AIFF and the Union Government to seal the launch of the project in the country.

Welcoming this project into the country will be a positive step towards boosting the culture of sports among the youth, helping in developing skills among Indian students and keeping them fit and healthy throughout their academic journey.

Fatima Samoura, FIFA Secretary General, Dharmendra Pradhan, Union Minister for Education and Skill Development and Entrepreneurship, Nisith Pramanik, Minister of State for Youth Affairs and Kalyan Chaubey, Sports and AIFF President, were present during the launch event of the initiative.

Union Minister Dharmendra Pradhan said that the government will ensure Football for Schools programme reaches to all 700+ districts in India. “Navodaya Vidyalaya Samiti will be the nodal agency on behalf of the ministry of education to take this initiative forward,” he said. “The Government of India is committed to promoting sports and creating a mass movement for football, especially in school children in line with Prime Minister Narendra Modi’s vision of a developing India as a sporting superpower as well as ensuring a Fit India,” the Union Minister added.

The launch of the project comes ahead of the FIFA U-17 Women’s World Cup. 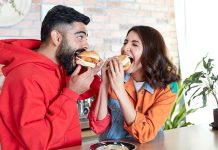