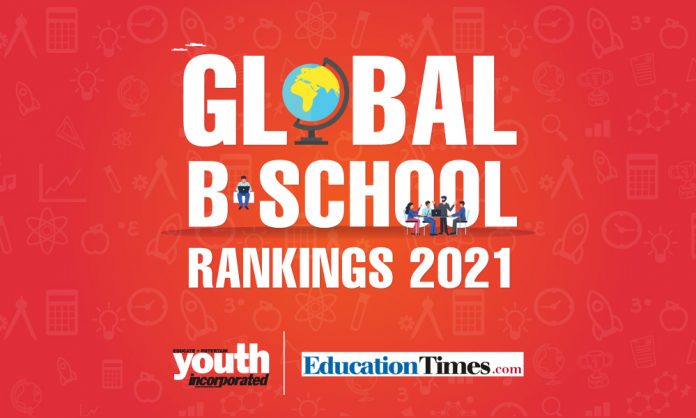 The entire world has had a tumultuous year in 2020. With months of lockdown, every sector across the world saw the face of crackdowns. Needless to say that businesses were the worst affected. However, it is important to note that these challenging times led to a breakthrough of newer opportunities and methods of working. The way people carry out businesses today has largely evolved making the competition for aspiring entrepreneurs even more competitive than ever. Mindful strategizing and the ability to adapt to the ever-evolving business culture is paramount in the current situation to place yourself ahead of the rest. To master this, pursuing the right kind of education is vital.

As the pandemic still exists, everything appears hazy. Moreover, the demand for careers in the field of Business, Finance, Marketing, Management, or Economics is at an all-time high. This said, circling in on the best business school out of the many in the world, that make you business-ready also becomes nerving. To rescue you from these added efforts, we at Youth Incorporated, one of India’s youth magazines in association with Education Times, have come up with our annual Global B-School Rankings 2021 under which we have compiled a list of the top 100 B-Schools across the globe which are best to graduate from.

Our team connected with 1900 institutes and held discussions with students, recruiters, and the teaching faculty, to present to you the top 100 Global B-School Rankings. We also consulted professional organizations such as AMBA, EQUIS, and AACSB. Youth Incorporated’s Research Unit (YRU) also studied domestic rankings in various countries to find the best institutes.

According to the Global Business School Rankings of 2021, Harvard University stands in the first position becoming the best business school in the world. Followed by this are Stanford University and the University of Pennsylvania winning the 2nd and 3rd positions respectively. While the University of Pennsylvania has slipped down from the first rank in 2020 to the third, Stanford University has jumped from the third position to the second. Climbing up the ladder one step higher, INSEAD has gained the 4th position leaving its 5th position to be acquired by IE Business School which stood on the 7th rank in 2020. Descending from its fourth position, the London Business School now stands on the 6th in the list followed by Columbia University ranking 7th. MIT has maintained its position being the 8th on the list since 2020. On the other hand, Yale University and Northwestern University have taken a big jump and successfully made their way into the top 10 business schools in the world by securing their place on the 9th and 10th spot respectively from the 17th and 13th position in 2020. Just like the previous years, this year too, the USA has dominated the top 10 category followed by France, Spain, and the UK.

India too has fairly maintained its position with IIM Ahmedabad and IIM Calcutta falling under the top 20. However, both of them have slipped further down in the rank with IIM Ahmedabad ranking 16th as opposed to its 12th rank in 2020, and IIM Calcutta ranking 18th in 2021 instead of its 15th position last year.  A total of 4 Indian business schools ranked in the Global B-School Rankings 2021 with the Indian School of Business ranking 23rd and the SP Jain Institute of Management ranking 52nd on the list. Given the kind of potential India holds, a little disappointment came along with the downward shift of the Indian B-schools on the list. Let’s hope we see a positive change in this in 2022.

We chose 1900 institutes across the world after having discussions with students, recruiters and faculty. We also consulted professional organizations such as AMBA, EQUIS and AACSB. Youth Inc’s Research Unit (YRU) also studied domestic rankings in various countries to find the best institutes.

We sent invitations to 1900 institutes. Institutes were provided a password using which they could send us their completed survey online. They were asked to answer questions relating to full time faculty, career service, student and program information and all the factors listed above.

Out of 1900 institutes that were contacted, 128 institutes did not complete the survey on time or did not respond. We used publicly available information on the institutes to include them in our ranking. We also contacted current students, alumni and recruiters of these institutes and compared the data we received with the data from institutes that did participate.