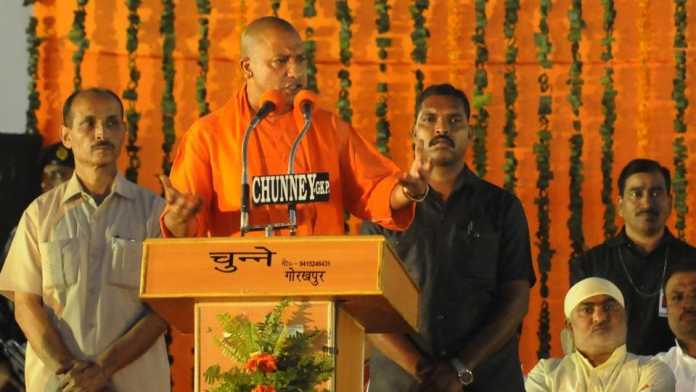 The states of Uttar Pradesh and Bihar have always been in the news for all the wrong reasons when it comes to education. Be it the entire issue of corrupt education ministers or subject toppers who didn’t even know what they have mastered in, the two states are in a serious need of an education reform.

Uttar Pradesh is the most populous state in the country, which houses a majority of the country’s promising youth. To turn them into the crème de la crème of the nation, the newly elected Chief Minister of Uttar Pradesh, Yogi Adityanath has taken 9 major steps to improvise the education situation in the mammoth state.

The 9 measures to curb the education crisis in UP which are taken by the Adityanath government are: –

Many private schools in UP have been charging sky rocketing fees as a part of better infrastructure. The need for decent education cannot be met due to the high fees. Thus, school fees are now being regulated in order to eradicate the cheating.

Foreign languages have been introduced in the high school curriculum as a step for global exposure for the students. Students can opt for any major global language such as French, Spanish or Arabic.

The roots of UP culture lie within the languages of Urdu, Persian and Arabic. Housing the capital of the mighty Mughal Empire, Yogi Adityanath feels it is essential for the students to have certain knowledge about these languages.

The Indian Culture was born out of the ancient language of Sanskrit. The mother language of almost all Indian languages including a major chunk of English too, compulsory education in Sanskrit and English has been introduced in all the schools in UP.

The importance of Yoga cannot be argued upon. Ensuring health and relaxation, Yoga has been added as a compulsory module in every educational curriculum present in UP.

All the school supplies, stationary and most of all, school uniforms will now be distributed for free, with effect from the current academic year. This step has been taken considering the economic conditions in UP.

An average academic year in UP lasted for around 120 days, excluding the vacations,previously. This has been increased to 220 days, realizing the requirement of more educational exposure.

With the help of the UGC, UP has adopted a common curriculum which is to be followed by every university in Uttar Pradesh. “Universities in UP enjoy autonomy, but not so much as to play with the future of the students”, said Yogi Adityanath. Thus, a common quality syllabus is being introduced.

The CBSE syllabus is being made compulsory in all the curriculum of Uttar Pradesh. Help from NCERT is being taken to achieve this step. This is being done since changes in the schooling system in the first step towards the development of any state.

Yogi has been active and up and about since his election as the new CM. The reformed education system could ensure great success, if implemented properly.