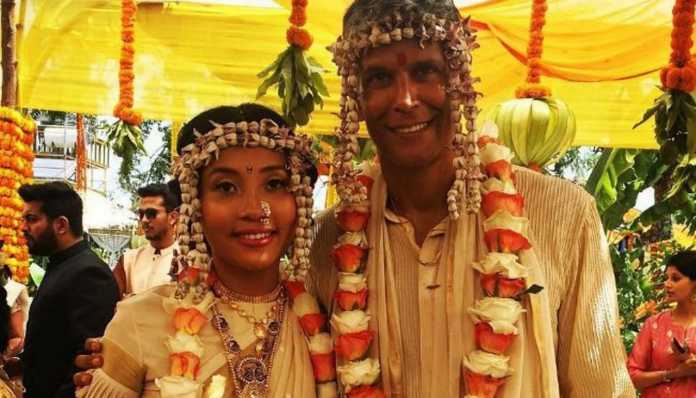 Society has set certain guidelines and rules for marriages. Those who break these stereotypes, and marry someone outside the society’s expectations are condemned by the society itself. One is no longer free to marry whoever he wants, and needs the society’s approval. But, there are a few well-known bravehearts who faced the society, and broke stereotypes by marrying their partner. Here we take a look at some of those who made this courageous move:

52-year-old Milind Soman married his 26-year-old girlfriend, despite receiving flak and criticism for dating someone half his age. Despite their social media shaming, Soman and Konwar tied the knot in a low-key ceremony which took place in Alibaug, with only close friends and family on the invite list. Ankita of Assamese-origin, and Soman, who was born in Scotland, had a star-studded wedding, following all traditions such as mehndi, sangeet etc. The infamous, decades-long India-Pakistan rivalry did not deter Indian tennis ace Sania Mirza and Pakistani cricketer Shoaib Malik from marrying each other. Although their relationship sparked outrage, with people calling Mirza ‘unpatriotic’ for marrying a Pakistan national, she still went on and tied the knot. A perfect Romeo-Juliet love story, it is believed that many have since followed suit in cross-border marriages, seeing the brave couple. The duo also announced that they are expecting their first child, yesterday. It is very much known that society dictates having a child after marriage, but this couple chose to ignore societal pressure. Actor Purab Kohli and UK-based live-in partner Lucy Payton gave birth to a baby girl 2 years ago, while unmarried. Said Purab Kohli, “We always wanted to get married, but didn’t want to rush into it. When Inaya was going to come into this world, it was a glorious moment by itself, and we didn’t want to dilute that by suddenly rushing into marriage. We had always planned that we will wait for the right time and the frame of mind, to get settled. But this [wedding] isn’t sudden, as we decided on this date, a year back”, as reported by Ht. They tied the knot on February 15. Konkana Sen Sharma too had conceived before her marriage to Ranvir Shorey.