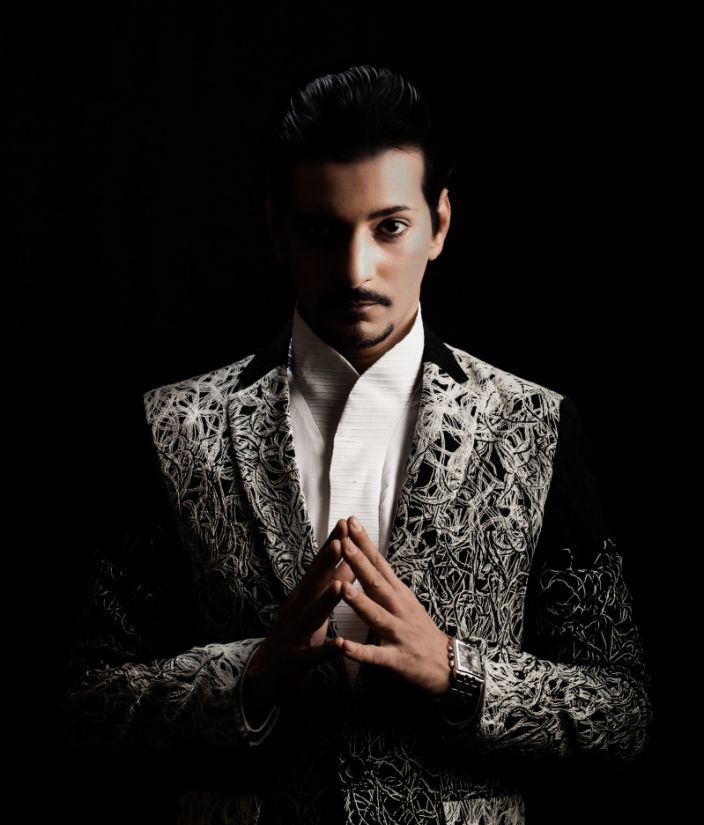 While exploring the art of magic, the Emperor of magic, Ugesh Sarcar talks to Pearl Mathias about how fascinating the mind is and what performing tricks means to him

HOW DID YOU COME ABOUT MAKING THE DECISION TO PURSUE MAGIC AS A CAREER?
As a kid I watched my dad perform and was awed by it. At the age of 8, I decided that I would be the next biggest name in magic. Ever since then, I’ve pursued magic as my passion and career. When he was performing I would sit in the audience and see him do this cool stuff and I was always awed and I wondered how it was done. There was no defining moment as such when I realized this is what I wanted to do. Over time, being present at shows and watching him perform, I knew this is what I wanted to get into. I did learn magic from my dad. There is a complete INK Talk about my experience, which you can check out on my YouTube Channel.

WHAT INSPIRED YOU TO START YOUR SHOW ON UTV BINDAAS, 3RD DEGREE? TELL US A LITTLE MORE ABOUT IT.
When you want to take something new to the masses, there’s a very simple device: the television. I believe in creating history with anything that I take up. When I decided that I was ready to showcase my art to the world, I wanted to do it big. India had never been exposed to street magic before and what better way to throw limelight on it than take it to the public right in their homes?

WHAT WERE SOME OF YOUR MOST CHALLENGING MAGIC ACTS TO PERFORM TILL DATE? WHAT ABOUT THEM WAS SO CHALLENGING?
Every act I am performing is the most challenging one at the time, because I want it to work! Currently the challenge is the Cricket Match Predictions that I am working on, which you will get to experience soon. While performing in the past, there were many instances when I almost died, I was drowned alive and buried alive. So it’s a part and parcel of the work I’m engaged in. When I’m designing and conceptualizing an act, that part is the most challenging, as to how we’re going to go about it, how do I put things in perspective, how is the mind going to grasp and think, the step by step journey; so every little thing becomes very challenging. Those are the times when my team sees me in a weird mode, I’m either staring at something for long or I just nod to myself. But they know at the end of all of that, I come up with something.

WHO ARE YOUR FAVORITE NATIONAL AND INTERNATIONAL MAGICIANS? WHAT DO YOU APPRECIATE MOST ABOUT THEIR WORKS?
I definitely admire and love my dad and David Copperfield, who is also an amazing performer. It is their grand showmanship that I appreciate the most.

YOU’VE COME UP WITH A BRAND NEW SHOW ON MENTALISM, CALLED YOUR MIND IS MINE. TELL US A LITTLE MORE ABOUT THE CONCEPT OF THIS SHOW AND HOW YOU CAME UP WITH IT.
After reaching the pinnacle of Street Magic, it was time to reinvent myself and take things to the next level. Mentalism is a more advanced form of magic, involving mind reading, mind manipulation, predictions, etc. Your Mind is Mine, as the title indicates, is a 75 minute power-packed show, where your mind is very literally mine, as I take you on a mental rollercoaster ride, right in your seats. You are left at the edge of your seat, laughing and scratching your head trying to figure out what just happened! It’s pure entertainment for the intellectuals, the smarter you are, the more you’ll enjoy!

WHAT ADVICE WOULD YOU GIVE TO A YOUNG PERSON WHO WANTS TO PURSUE MAGIC AS A CAREER?
The basic thing you would need is commitment and your mindset. If you have your mindset in place, then you just have to build up on your skills. I have taught people from different backgrounds, people who weren’t able to speak in English, people who have never performed on stage or had a background in magic. So if you have your basic skill sets in place, then you just need to invest in them and work on it. It would be cool to say that being a magician is something that runs in your blood, but it’s far from that. It can be acquired by anyone who wants to put their mind and work in that direction. Other than that, if you’re really serious about taking this up, then figure out a way to get to Bangalore and enroll in the All India Magic Academy Trust. The institute takes care of your magical training, finding you the best possible platforms to display your talent and nourishing your career as a magician. There you learn from the Masters of Magic, the King of Arts.

• IF YOU WEREN’T A MAGICIAN, WHAT WOULD YOU BE ?
I’d be trying to figure out how to become one

•ONE THING YOU CAN’T LIVE WITHOUT ?
Magic

•YOUR FAVORITE INCANTATION ?
It’s all in the mind

•WHAT DO YOU LIKE DOING OTHER THAN PERFORMING ?
Fishing, photography and collecting gems, not in terms of precious stones, but more on the lines of meeting people.

•A MAGIC TRICK YOU WISH REALLY HAPPENED ?
People would be more compassionate and considerate with each other, which would solve every other problem out there