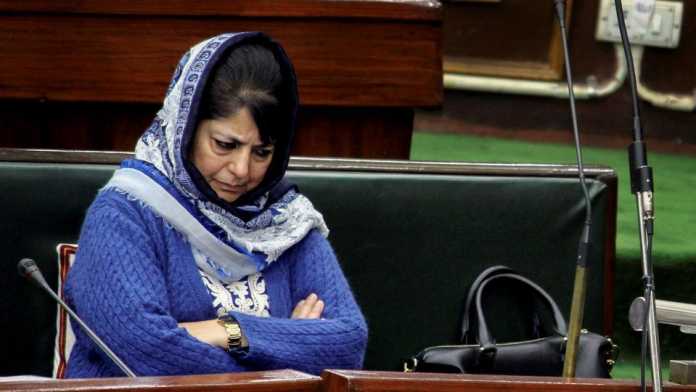 As Congress and JD(S) build their rather fragile alliance in Karnataka, another alliance has been broken in Jammu and Kashmir. BJP recently broke their alliance with PDP due to PDP being unable to understand BJP’s goals in the region.

The BJP-PDP alliance came to power in 2015 as neither party won a majority at the state elections. The reason for the alliance was to restore peace in the troubled area and also to bring development to all the regions in the state.

The main reason for the end of the alliance was PDP’s request to continue the Ramadan ceasefire in the state. Under this ceasefire, BJP agreed to stop all operations against terrorists and militants in the region. This was done so that Muslims in the region could peacefully observe the holy month of Ramadan and Eid that followed. However, asking for an extension was uncalled for especially after there were 66 ceasefire violations by the terrorists.

Moreover, during the PDP-rule in Jammu and Kashmir, there have been numerous attacks on the Indian army by militants including the notorious Uri attack in 2016. The Centre which is run by BJP has also sanctioned over Rs. 80,000 crores in the last four years for the sake of development.

This led to great animosity between the two parties and the end of the alliance was not a surprise. Moreover, this is also a great election strategy for the 2019 General elections. Now that BJP has broken ties with PDP, it gets a stronger hold with nationalists.

The broken alliance also led to the resignation of CM Mehbooba Mufti. The CM still believes that the key to a peaceful Kashmir is by reconciliation and not through the muscular security tactics that the BJP is employing against the militants.

Jammu and Kashmir will now again fall into Governor’s rule as Governor Narinder Nath Vohra will take over. He will stay in charge until the conclusion of the Amarnath Yatra in August. The Governor has years of experience in this situation and is probably the best person to handle this complex situation right now.