The event, to be held on March 14 in Mumbai, will be inaugurated by Mrs. Rajashree Birla, Director board member at Aditya Birla Group companies, in the presence of eminent architects and construction professionals from across India.  The jury for this year’s contest is an elite panel which includes Ar. Rajeev Sathe, Ar. Ketan Vaidya, Ar. Nilabh Nagar, Ar. Ramaswamy Natesaiyer, Ar. Ravi Ramakrishnarao and Ar. Nishant Gupta.

The themes for this year’s competition are ‘Amaravati Convention Centre’ and ‘Portal to Capital City, Amravati’. Participants are expected to showcase their intellectual understanding of the given theme and present it uniquely. Over the years, ‘Birla White YuvaRatna’ has grown in its participation and popularity amongst the architectural fraternity. This has helped Birla White reach out to architectural student across institutes globally.

“Government of India’s ‘Design in India’ initiative will play a vital role in creating jobs for the architectural fraternity. It acquires special importance in the current context where India is heading towards creating large number of Smart Cities. Young minds will weave in local architecture and culture through their new concepts and designs, which will be iconic and synonymous to every upcoming smart city in the country”, said Dr. Sunil Kulwal, CEO at Birla White.

“Through these initiatives Birla White wants to motivate architects to think out-of-the-box and create new designs that are beautiful and smart. Their ideas would help build smart cities that become the pride of a new India in the days to come. Additionally, we aim to bridge the gap between theory-based education and skill-based development through YuvaRatna,” said Mr. Anurag Angrish, Joint Executive President, Birla White.

Birla White works in close association and partnership with all the stakeholders in the construction industry to materialize government’s mission to build a great nation. The newest allies to this mission – the Young Students of India – will be inspired and encouraged by YuvaRatna contest and they shall contribute with all their heart to make a better future together. 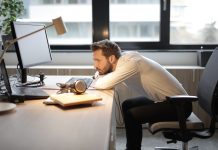