In a world of about 7 billion people, some people don’t just live and die, they have a story worth being told. Biographies are an attempt to retell the legend of these lives. Nilanjana Dutta lists out the instances when Bollywood hit pause on its dance numbers to tell a tale which left a mark upon the world

Paan Singh Tomar
The story of an athlete from the Indian Army who fell prey to circumstances and became the most feared dacoit in Chambal. It narrates a sad, yet dramatic tale, of athletic triumph fading in a foreground of India’s inability to support its sport stars who are not cricketers, and a lax rural governance. With Irrfan Khan as Tomar, you live the life he lived and fear the way he was feared at the same time. 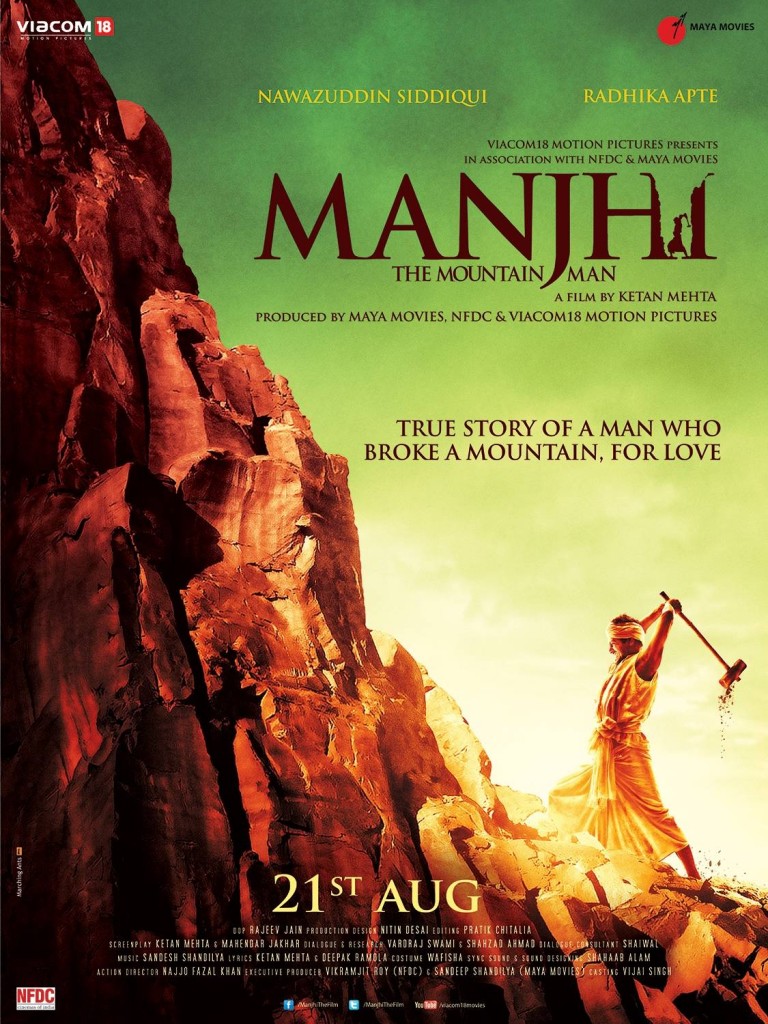 While the world was busy admiring the Taj Mahal, the true testament of love was hidden in the village of Gehlore, where a man broke down a mountain because his wife couldn’t reach the hospital, and died after falling from it. The story which redefines impossible, as Nawazuddin Siddique gets under the skin of the character and lives the life of a man who broke a mountain, alone, over a period of 22 years.

It is the story of a boxer who went on to become the only woman boxer to have won a medal in each of the six world championships, with no support from her parents, a coach disappointed with her decision to marry, untimely pregnancy and India’s lack of support for women athletes. The story continued as Priyanka Chopra got an unforeseen taste of method acting, when people instead of appreciating the effort she put in and the heartfelt performance she delivered, pointed out that she didn’t look like Mary Kom enough.

Not just the story, but the journey of the ‘flying sikh’ Milkha Singh, former Indian track and field sprinter as he survived life and realised his dreams. With a power packed performance by Farhan Akhtar and beautiful direction by Rakesh Omprakash Mehra, the movie truly lives up to the life of the legend.

The name Phoolan Devi rang many bells across villages in the 1980s after the only female dacoit of Chambal ever, massacred 22 men of Behmai village as revenge, as they belonged to the same caste as her rapists. Bandit Queen manages to capture the essence of Phoolan Devi as a product of cast prejudices, poverty, unsuccessful child marriage, sexual abuse at the hands of dacoits and many other such factors which haunts rural India.