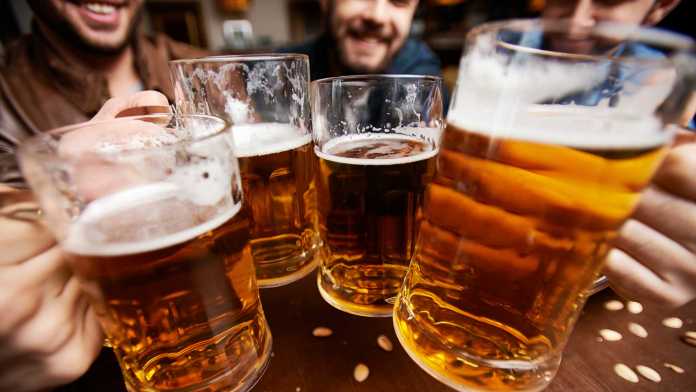 Nearly 90 percent of boys and almost 65 percent of Indian girls have admitted to drinking alcohol before the age of 18, according to a survey by NGO Community Against Drunk Driving (CADD) in collaboration with the Delhi Police and National Crime Records Bureau.

So, it’s safe to say that teenagers are drinking.

And we know that alcohol has an effect on the brain. But does it have more of an effect on an adolescent brain than an adult brain? Let’s explore.

How alcohol affects the brain

Not long after you take your first sip, alcohol gets to work in the brain. It alters neurotransmitters. These are the chemical messengers that send signals throughout the brain and body. There are two types of neurotransmitters: Excitatory and inhibitory. Both control processes, behavior, and emotion.

Glutamate – Glutamate is an excitatory neurotransmitter responsible for increasing brain activity and energy levels. Alcohol suppresses glutamate, and this is why your movements and speech become slow and sluggish when you drink.

GABA – GABA is an inhibitory neurotransmitter that reduces energy and calms everything. Sedative drugs work by increasing GABA levels, thus causing a person to be sedated. Alcohol works in the same way.

Dopamine – In stark contrast to the other two neurotransmitters that alcohol affects, dopamine makes you feel good. Alcohol increases the brain’s dopamine release in its reward center. This tricks you into thinking you’re having a good time while you’re also dealing with negative effects of drinking. Think about it this way: If alcohol only made you slow, sluggish and sleepy, you probably wouldn’t be as interested in drinking. It’s the dopamine that keeps people coming back for more.

How alcohol affects the teenage brain

It’s normal to think you know everything when you’re a teen. But the truth is your brain isn’t fully developed until you’re well into your twenties.

That’s why it’s so dangerous to abuse drugs or alcohol at this time. It’s also why you’re more likely to continue using throughout your life if you start now.

If you drink heavily during this time, you are more susceptible to poor memory, motor skills, and coordination later in life.

Studies on teen drinking tell us that it affects more than just neurotransmitters. It also affects the following areas of the brain:

Prefrontal lobe – The prefrontal lobe is responsible for judgment, planning, decision making, language, and impulse control. Teens who drink heavily have been shown to have smaller prefrontal lobes than those who did not drink.

We still have a lot to learn about how alcohol affects the developing teenage brain, but we do know enough to proceed with caution.

How to avoid peer pressure

Most teens cite peer pressure as their main motivation for drinking. Everyone else is doing it, and you want to fit in. But you don’t want to suffer ill effects and any sort of permanent brain damage. So what’s a teen to do?

The best way to avoid peer pressure is to remain confident. If you’re okay with not drinking, other people are likely to be okay with it too. But as soon as you show weakness, you are susceptible to peer pressure.

Even if you aren’t feeling confident, try to exude confidence about your decision. This way, it’ll remain your decision and it won’t be swayed by the popular opinion of the moment.

Here are a few things you should know:

When teens can decide not to drink, it sets the tone for the rest of their lives. It’s important to have a healthy relationship with alcohol and it begins with your first exposure. If you say no to drinking until you’re in your mid-twenties, you’re less likely to experience alcoholism and the ill effects of alcohol.