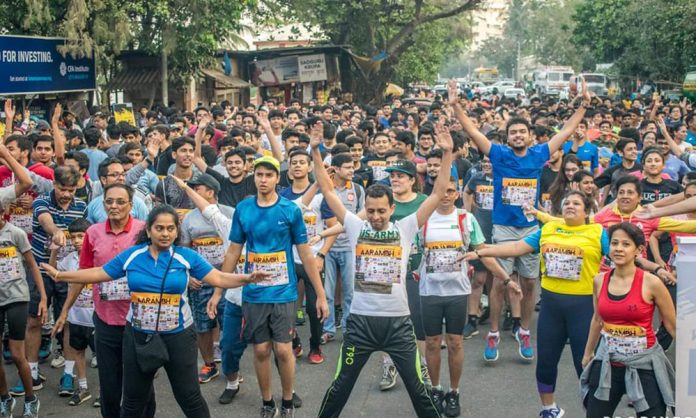 Anil Surendra Modi School of Commerce is the brainchild of NMIMS University. NMIMS is a prominent university strongly attributed to the education and the values that it imparts. Social Responsibility Forum (SRF) is a club of NMIMS which was established for contributing to society and to those less privileged. Since its start, SRF has always attempted to create awareness and a sense of accountability in the masses.

Events held by SRF each year are crafted with passion and precision to invoke a sense of social belonging among the less privileged and social responsibility among the participants of these events. The events are featured around the belief of providing exposure and contributing to society. SRF goes by the belief that no matter how long a journey, it is still a series of small steps taken again and again.

SRf has come a long way since its inception, and they are now proud to organize the 10th edition of Aarambh. SRF has had a long-standing legacy in this event. It has taken up grave issues ranging from woman trafficking to drug abuse which constructs a major hindrance even in today’s day. 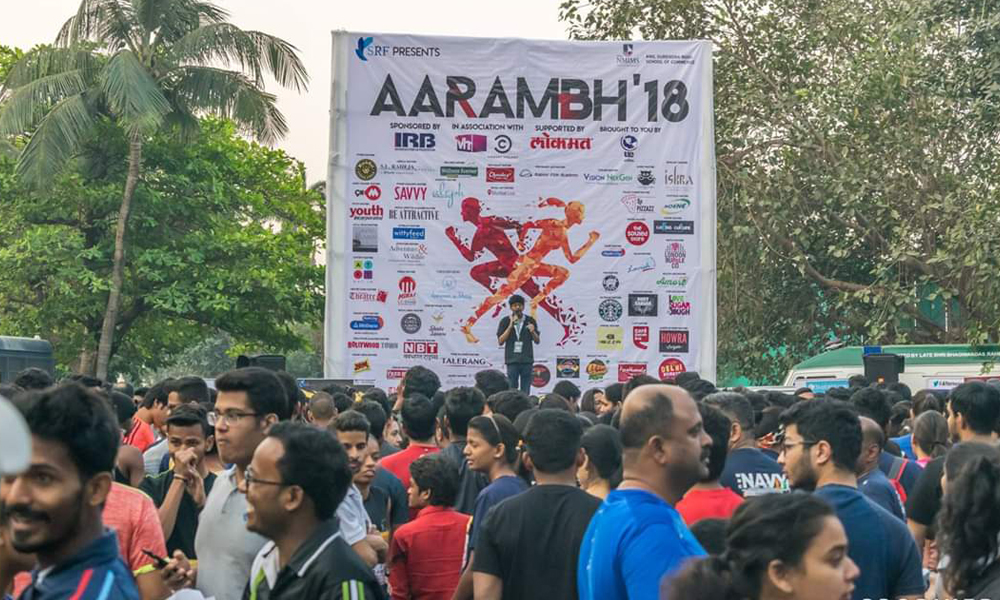 Aarambh is the Flagship event, an enthusiastic marathon, which calls for spirit, enthusiasm and energy among its participants. This event will take place on 10th of February, 2019 at 7:00 a.m. which starts and ends at Taj Lands End. It is a 5 kilometre long run towards the cause. Along with giving them satisfaction of contributing to the welfare of beneficiaries of the NGO, they also get the thrill of competing against like-minded individuals.

For this year, SRF has collaborated with Arpan. Since their inception in 2006, Arpan has directly touched lives of over 200,000 children and adults through prevention, healing and training programmes. Through their partnerships, they have reached out to over 880,000 children and adults. Arpan has grown from a humble team of three members to a roster of over 100 individuals working dedicatedly towards the cause. Like each year, this year also the team will run for a cause that they believe in: Child sexual abuse. Any funds hereby collected are given to the NGO dedicated to the cause.

Child sexual abuse is a form of child abuse that includes sexual activity with a minor. A child cannot consent to any form of sexual activity, period. When a perpetrator engages with a child this way, they are committing a crime that can have lasting effects on the victim for years. Child sexual abuse does not need to include physical contact between a perpetrator and a child. Social Responsibility Forum stands strongly against it and intends to take empowering steps in order to make lives better for the less privileged ones.

As they take bigger strides in scaling up our event, join them in their fight to ensure ‘A World Free of Child Sexual Abuse’.