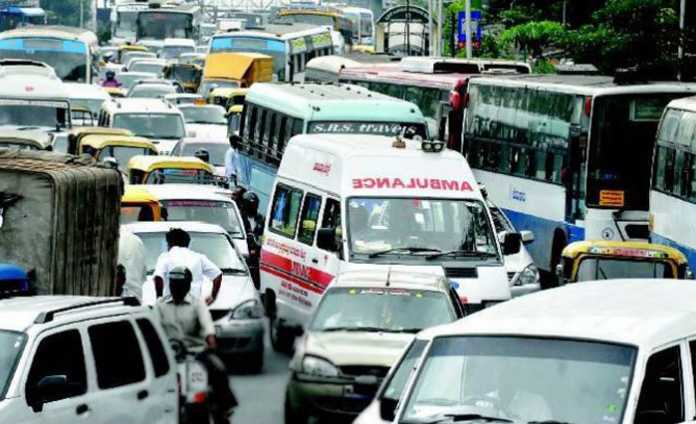 A 7-year-old died in ambulance on Sunday evening as 200 home buyers block roads protesting on the Noida-Greater Noida expressway, demanding position of their flats.

Luv Khush a patient suffering from high fever from Firozabad, Uttar Pradesh was on the way to AIIMS as referred by a doctor from Agra. But the ambulance never reached the hospital as it got stuck in the traffic jam created by the protestors.

The family of the patient pleaded the police to make way but the police men did not help and remained as silent spectators.

The kid died at 4 pm after being stuck in the traffic for an hour when the ambulance ran out of oxygen.

“There was a huge traffic jam. My brother could not do anything. He said the child died,” said Monu brother of the bus driver Sonu.

“We dispersed the protesters and cleared the stretch. But we did not know about the death. We received the information of the death through unconfirmed sources,” said Satish Chandra, SHO expressway police station.

The police officials and the protestors claimed to know nothing about the death. But that is no excuse for the carelessness of the police and the ignorant behavior of the merciless protestors. People on the road usually ignore ambulances thinking there couldn’t possibly be a person dying in there but what they don’t know is that could very much be a possibility. At any given point of time ambulances must be given priorities on the road regardless of the condition of the patient inside, according to me.

The family has not complained yet about this matter but an FIR has been registered against 250 protesters under Section 147 and 341 of IPC.

Protesting for your rights is correct but not at the cost of somebody’s death is what everyone must always keep in mind.