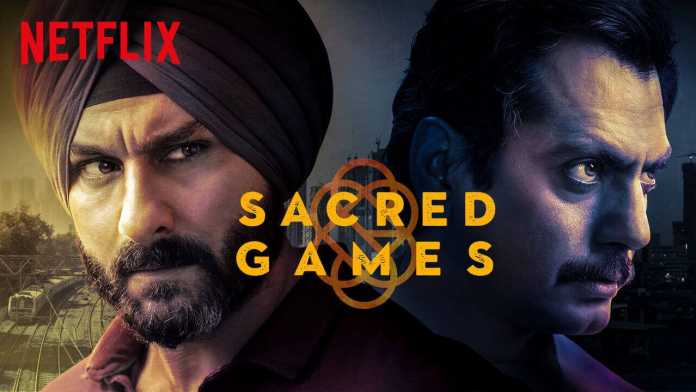 Netflix is probably the greatest invention of our times, and unarguably, an addictive one. But how often during your Netflix binge do you have a learning moment, something to think about, to be inspired by, some wise words to live by. You’d be surprised at how life lessons come at the most unexpected of places. Here are 5 major life game changers which prove that there is much more to ‘Netflix and chill’- Australian comedian Hannah Gadsby’s ‘furious’ stand-up Netflix special is one of the most sensational Netflix Originals there is. Deviating from traditional stand-up norms, Gadsby articulates the struggles that women and queers like her have to go through, because they might behave or look ‘different’. She talks about her own personal struggles, trauma and abuse, and how she was often dismissed and silenced. She also describes how she wants to quit the career that she built out of ‘self-deprecating’ humour – “I have built a career out of self-deprecating humor, and I don’t want to do that anymore. Because do you understand what self-deprecation means when it comes from somebody who already exists in the margins? It’s not humility. It’s humiliation,” she says in Nanette. Directed by Anurag Kashyap and Vikramaditya Motwane, Sacred Games has undoubtedly been the talk of the town. Raw and uncensored, it follows Mumbai’s mafia and dangerous underbelly. As dark and disturbing as it gets, the biggest lesson you could probably learn from Sacred Games is that the company you keep can either make or break your future. When Kukoo tells Gaitonde to steal her from Isa, he sees it an opportunity to prove his mettle and de-throne Isa as Mumbai’s mafia God. Kukoo successfully played a hand in catapulting Gaitonde’s image in the underworld, which only shows how your allies play a major role in important life decisions. Lust Stories is an anthology of four stories around women at various points in their relationships, but more importantly on a mission to live life on their own terms. At a time when sex is still a taboo for most parts, Lust Stories is a refreshing watch for all those who believe in the power of speaking their minds. The show cleverly aims to de-stigmatize ‘sex’ and all that it encapsulates, and is in every way a strong feminist statement. There hasn’t been a TV show solely devoted to mental illness until Netflix’s 13 Reasons Why arrived. Clay Jensen, a shy high-school student, returns home from school one day to find that he has received a mysterious package in the mail. It contains seven double-sided cassette tapes recorded by Hannah Baker, a classmate who has recently committed suicide. Each tape details a reason that she killed herself. No matter your age, mental illness isn’t something that should be taken lightly, especially if it could lead to the loss of life. Your words matter just as much as the next person, and it is important to be able to have an honest, truthful communication, whether it involves you or someone close to you. The show Black Mirror May just as well be a “mirror” reflection of our everyday lives. In a world which lives an breathes technology, the show revolves around exactly just that – a group of people so dependent on technology to the extent that it unpleasantly manages to manipulate their behaviours. This science fiction will take you on a whirlwind journey as it explores the effects of technology on modern society, often with a dark and satirical tone.