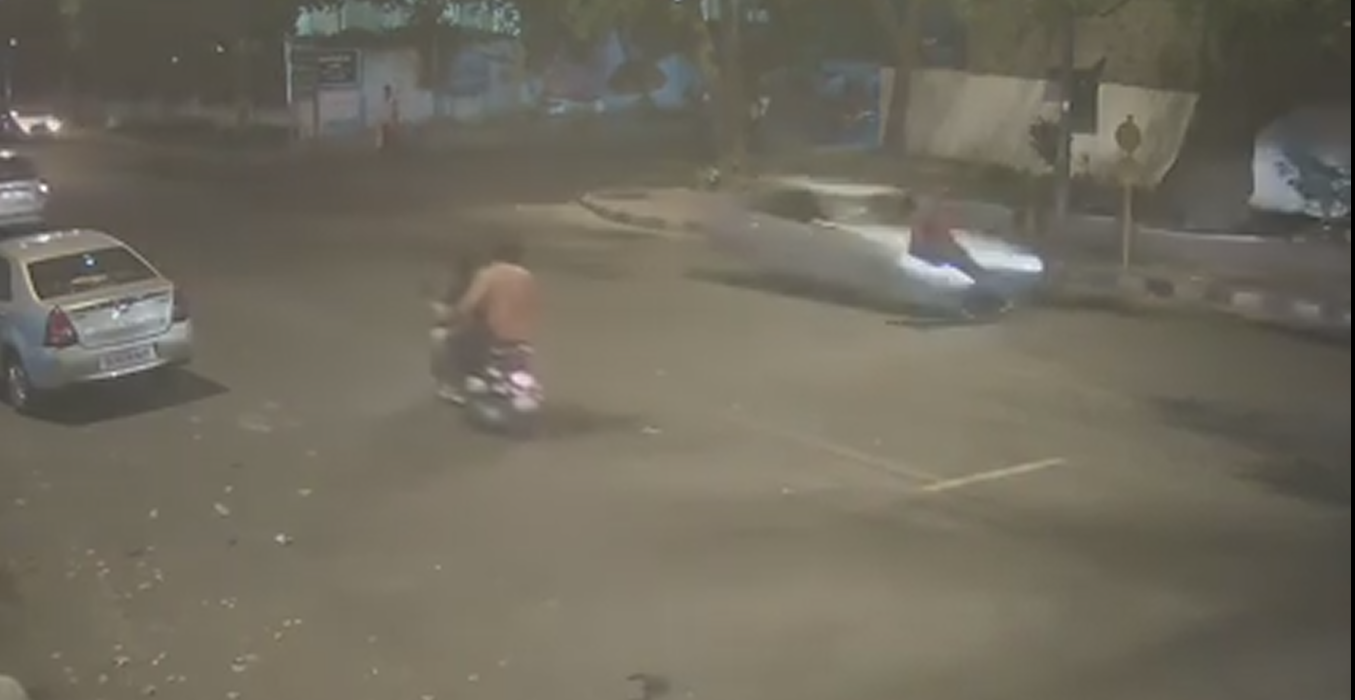 Delhi has just witnessed a shocking hit-and-run incident that killed Sidharth Sharma (32) who was the marketing head of a multinational enterprise.

The incident took place around 8.45 pm when Sidharth Sharma was crossing the road near Ludlow Castle School when a speeding car rammed into him and flung him several feet away, leaving his backpack at the spot of the impact. The car’s tyre burst due to the immense impact faced and swerved to the left and halted.Witnesses claim that some teenagers stepped out of the car and fled the scene, leaving the car behind. In a change of events, the driver employed by the minor’s father claimed that he was behind the wheel of the car but changed his statement later.

The car was being driven by a minor (17 years old) who was out for a car ride with his friends.

Sidharth’s family has released the CCTV footage of the incident on a Facebook page 2 days after the incident.

We advise our readers to use their discretion before viewing the video as it contains graphic content.

The police has been accused of inaction in the case.