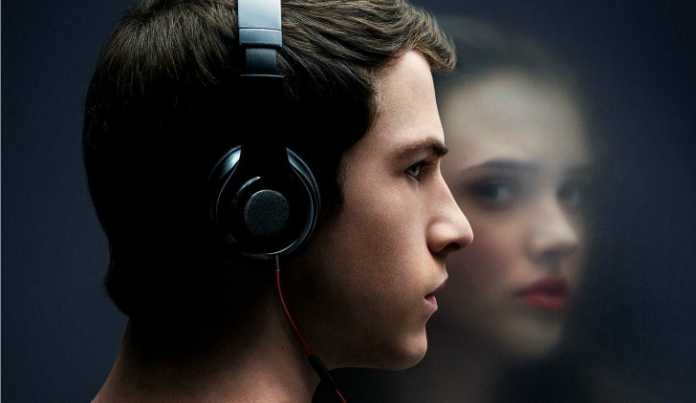 The era of web series has dawned upon us all, especially after Netflix, the popular web video streaming service was made available globally. Netflix has introduced the world to many brilliant TV series, most of them being rated at an 8+ on IMDB.

The most recent show to create a buzz in the media is the brilliantly executed dramatization of Jay Asher’s novel titled ’13 Reasons Why’. The show, titled the same as the novel was first aired on March 31, 2017 and became an instant hit amongst the teenagers all over the world.

The show follows the journey of 17-year-old Clay Jensen, another regular American high school kid and his classmates, all of them going through their troubled teens. The school is mourning at the death of Hannah Baker, one of the students in Clay’s class who took her own life and did not leave a note, or so did they all think. The lives of a few turn into a living hell when they discover that instead of a note, Hannah had recorded a series of tapes, 13 to be precise. Each tape explains one of the 13 reasons why her life ended. The copy of the tapes passes through all the 13 people as the story unfolds. A gist of it all is explained in the beginning of the first tape. The tapes begin with the following words: –

“Hey, it’s Hannah. Hannah Baker. That’s right. Don’t adjust your…whatever device you’re hearing this on. It’s me, live and in stereo. No return engagements, no encore, and this time, absolutely no requests. Get a snack. Settle in. Because I’m about to tell you the story of my life. More specifically, why my life ended. And if you’re listening to this tape you’re one of the reasons why. I’m not saying which tape brings you into the story. But fear not, if you received this lovely little box, your name will pop up. I promise.”

As expected, the world got divided into two parts when it came to the discussion of such an intense show. The show showcases the life of high school kids, young adults and their problems and then too, it has been given a PG-13 rating due to some of the hard-hitting scenes, and the show isn’t recommended to anybody who is faint at heart. Although some think that the show plays an important role in every kid’s life as it highlights the negative effects of suicide and how everyone around you is affected, there is a whole other group of people which feel that the show glorifies the practice of ending one’s life in this age where teenage suicides are on a constant rise.

One thing is for sure, the show sure affects the psyche of anybody who watches is. Traumatized, is what one turns after the last episode, mainly because at a certain point, each one of us could relate to some character or the other in the show. Be it sympathy, courage, fear or guilt, the show brings out either one, or all of the feelings from within you. The author hereby shares his written Snapchat story after he got done watching this show. It must be noted that this is his personal opinion and mustn’t be taken in a wrong way.

“Just got done watching 13 Reasons Why. I decided to give it a try after all the rant about it on social media plus the positive reviews by my friend. And here’s why this show is important. Obviously, one can live without watching it. But watching it sure makes you a better person. Why you’d ask? Because everything you say or do, matters.

So, you got drunk and fooled around. Did a few stupid things you shouldn’t have done. I’m not denying the fact that only alcoholics do so. The thing is, alcohol isn’t a reason enough for you to do stupid things. Be it a horrendous crime, or an act of love, or just a mere action which indicates how much you love or loathe a person, some may remember it. Many don’t, although a vast majority does hold on. And the thing about this show is that it made me realize many, many things.

It’s not that suicide solves anything, anyway. Being suicidal means you need help, and you’ve got to approach somebody you can trust. Everybody is their own version of Hannah Baker. So please, let’s not follow Hannah’s footsteps here. The show is a piece of art, but many would interpret it in a wrong way, and a dangerous one too.

So, here’s my appeal to my long list of Snapchat friends, if you’re suicidal, talk! Because Hannah’s 13 reasons became one reason for me to spread this message. Always, always, always talk it out. Friendships are special, and amongst the 50 fake assholes that you hang out with, there is always one pure soul. Cheers to life!”

We feel that the world definitely needs more shows like this one, and the impact this show has created in the minds of the teenagers is tremendous, be in negative or positive.

The first season ended with a few questions in everyone’s mind, now we all can’t wait for season 2 to come later this year!