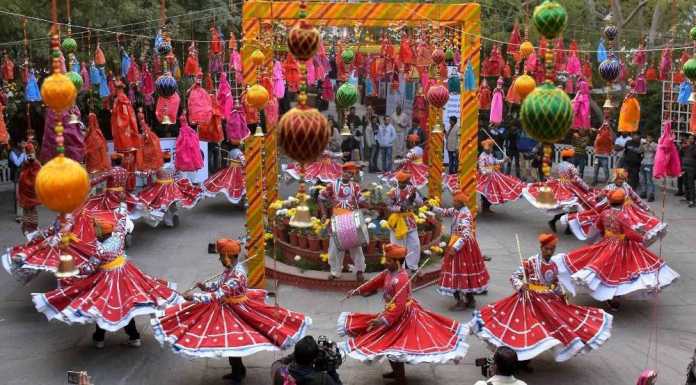 The growth in literacy levels has let India add another festival to its calendars, called the ‘literature festival’ which takes place in different months, in different parts of the country where travelers, writers, readers, and influencers all descend under one roof.

If reading is your passion and striking a conversation with your favourite author is the stuff your dreams are made of, you certainly can’t miss these – Started in the year 2006, Jaipur Literature fest is one of the most popular (and free) fests of its kind and has grown over the years. Several popular writers and speakers like Shashi Tharoor, Cathy Brown, Alka Pandey, Shobhaa De,  Ian McEwan, Orhan Pamuk among others have graced the event in the past. Having speakers, writers, and influencers from all parts of the world, this four-day event will give you a glimpse of trends that take place in the literature world across the globe. Held in the month of January, in the beautiful premises of  St. Paul’s Cathedral Ground, this event is organized by the Oxford bookstore and reflects the vibrancy of the city through its engagement with the literary world. This festival celebrates literature, art, films, music, and many more creative artists. HFL is the three-day annual and multilingual extravaganza that celebrates creativity in all forms. It represents the rich and cosmopolitan ethos of Hyderabad as well as the vibrant culture of the modern ‘cyberabad’. This fest pays special attention to one local language of India each year. For the year 2018, Kannada was the center of focus. From its inception in 2010, GALF has slowly emerged as one of the premier cultural showcases of India. The founding idea of GALF was to celebrate Margins. The fest brings authors and creative persons from Northeast, Kashmir, Goa as well as from the neighboring countries like Pakistan and Bangladesh into the spotlight. GALF also gives special attention to Dalit and transgender artists. Commonly known as the Bhutan Literature fest held in the city of Timphu, this fest is an initiative of an Indian Bhutan Foundation.  It brings together writers, historians, environmentalists, scholars, photographers, poets, musicians, artists, film-makers to engage in cultural dialogue, share stories, create memories in the mountains of one of the happiest countries of the world. KLF is an open-to-all kind event and aims to bring together writers of diverse language and genres. They feature debates, discussion talks, book launch, book fair, short films and documentaries, singing, dancing, and theater all under one roof. The first edition of the fest took place in the year 2007, and year after year, the footfall has increased. The idea behind this fest was to provide an opportunity for visitors to enjoy and appreciate Sri Lanka, and a few international authors. During the day, visitors can take part in writing workshops, panel discussions, poetry readings, cooking classes, theatre workshops and literary lunches, while during the night there are poetry slams, jazz performances, wine tastings and photographic exhibitions.