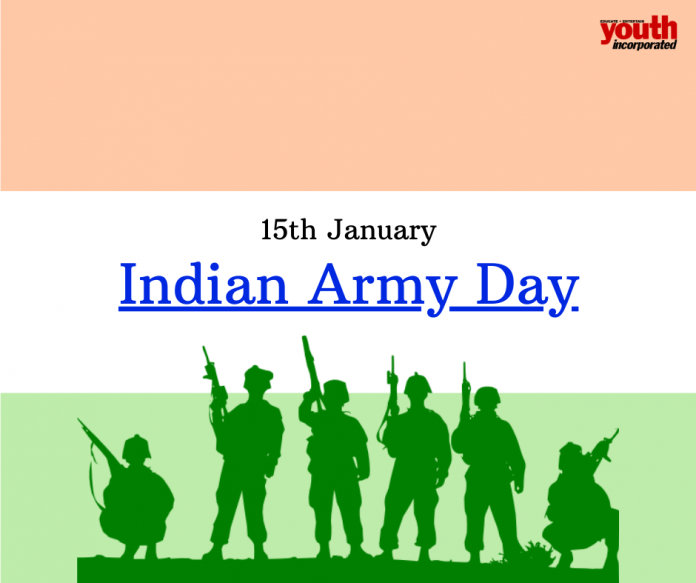 India celebrates the Indian Army Day on January 15 of every year to honour the bravery, strength, courage, and sacrifices of the Indian army and its army men both living as well as dead for protecting the country and its citizens.

On this army day, you must know 10 facts about the Indian army:

1. The Indian Army Day is celebrated on 15th January as on this day the Indian general, KM Cariappa took charge of the Indian army as the commander in chief in 1949.

2. The Indian army was first controlled by  General Sir Francis Butcher. He was the last British commander-in-chief in India.

3. This day marks the transfer of power from the British to independent India.

4. A parade is held every year on the army day at the Parade Ground in Delhi Cantonment, where other celebrations also take place.

5. The Parade ground was named after the Field Marshal, KM Cariappa in the year 2016. It is one of the largest grounds in Delhi.

6. This year, for the first time in the history of the parade, a lady officer named Captain Tania Shergill, will be the Parade Adjutant leading an all-male contingent. She was appointed as the officer into the Corps of Signals two years ago.

7. The motto of the Indian army is “Service Before Self”

8. India has the second-largest military manpower in the world as of 2019

9. The Indian army was first formed in the year 1776 under British rule.

10. Indian army is one of those few armies in the world that has never initiated a war.