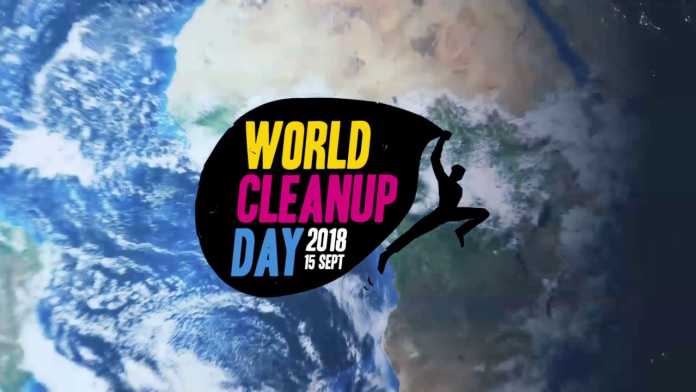 On September 15th every year, volunteers across the globe come together in unison to mark World Clean Up Day, a movement born out of the need to tackle the excessive waste problem, all throughout the world.

10 years ago in Estonia, a group that comprised of 4% of the population came forward to clean out illegal waste that had been dumped in the country. The group completed their task in a matter of a mere 4 hours, and this gave them worldwide recognition, which resulted in many countries following suit. This led to the establishment of ‘Lets Do it! World’, a movement that began out of the collective efforts of 50,000 people, and has now invited 14.5 million participants globally. Let’s Do It! World from Estonia, is now the largest organizer of the world Clean Up Day.

But their mission doesn’t just stop at taking out the trash. They also work towards raising global awareness and implementing lasting changes to end the global waste epidemic, once and for all. With cooperation from various NGOs, volunteers harness their efforts towards cleaning litter from rivers, streets, beaches, parks, and more.

The movement will begin at 10 am in New Zealand, and move as a ‘cleanup wave’ through 24 time zones, and end 36 hours later somewhere in Hawaii. Some of the participating countries include Sweden, Hong Kong, Mexico, Indonesia, Greece, France and Italy.

India too, will be an active participant of World Clean Up Day. The Let’s Do it! Foundation has partnered with AISEC to lead a strategic team towards the participation of at least 16 large cities in India. Meet Muchhala, AISEC Vice President and Country Head for World Clean Up Day in India said, “We have teamed up with E-Zone India to organise this. Around 250 to 300 people are expected to be part of this initiative,” adding that they have identified Chennai as their core focus area.

The event also aims to inculcate the concept of waste-mapping among the Chennaiites. “The Let’s Do It! Foundation has released an app that lets the citizens click pictures of an area or locality that needs cleaning and post it on the app. Anyone in the vicinity who wishes to clean the spot can go ahead, and later mark the area as clean. We want this mapping process to pick up among residents in the city to quicken the process,” said Dhruv.

AISEC Pune will also carry out a similar movement, using ‘waste mapping’ as a method of raising awareness about the global waste issue. Delhi also held a Let’s Do It! Workshop where Government officials and NGOs came together for World Clean Up Day.

A World Bank report states that in South Asia, approximately 70 million tonnes of waste is generated every year, and by 2025, global waste generation is expected to rise to 2.2 billion tones. But if we make an effort at the individual level, we can surely decrease that number.

To be a part of this life-changing movement, visit www.worldcleanupday.org and find your country team under the ‘Contact’ section. Download the app and join the events listed country-wise on the app. If you don’t find an event, you can even add your own, by contacting your country’s team, who will provide further guidance.