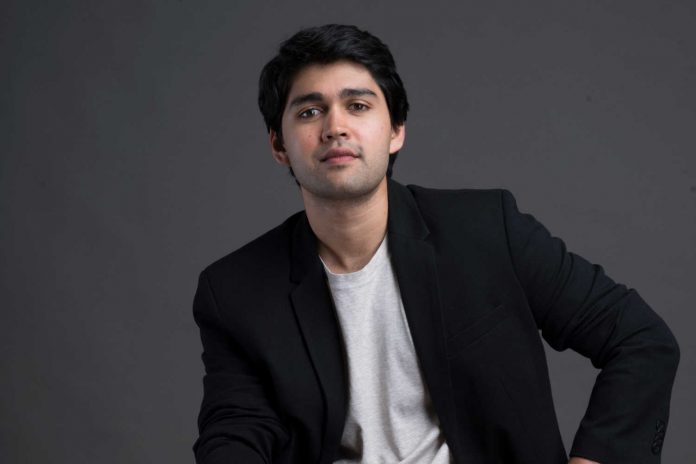 He might just be the next chocolate boy the film industry will have. With his ‘good boy’ looks, captivating deep voice and charismatic personality, this up and coming actor is nothing less than a star. With his commendable work in Kabir Khan’s Amazon Original Series, The Forgotten Army, Netflix’s Original Series Selection Day, and the very recent feature film titled ‘What Are The Odds?’, Karanvir Malhotra has left quite an impact on the minds of the young.

Karanvir Malhotra is an inspiration for all those who are on their path to chasing their dreams. From India to Melbourne and back to India, Karanvir has not once given up on his dream of becoming an actor and entertaining the audience.

In his interview with Youth Incorporated, Karanvir recalled the time when he realized his dream of becoming an actor. He says, “I was always that kid in school who tried everything. From theatre, dancing, cricket, etc. Out of all these things cricket and theatre were two things that remained constant. Then I started doing theatre in my college in DU where I completed half my undergrad. I started taking acting and theatre seriously when my family and I moved to Melbourne and I started working for the Indian Film festival of Melbourne. I used to pick up actors and directors from the airport and drop them to their hotels. I used to notice them and instantly got intrigued by their lifestyle, fan following, and their overall life. That’s when I realized there’s a yearning in me to be an actor.”

Though this young actor has all the looks of a chocolate boy, his choice of playing roles is very different. Out of the many diverse roles an actor plays in his acting career, Karanvir Malhotra is eagerly looking forward to playing an astronaut. He says, “I’d love to play an astronaut one day. That’s definitely on top of my list. I loved Mathew McConaughey’s character in Interstellar and Jeremy Renner in Arrival. I hope I get to play something like that in my career. In the near future, I’d love to play characters in films that have a fresh outlook on scenarios and try to say or do something different.”

The choice of playing such strong characters is a wise one given the kind of impactful films that are being released. His selective choice is what made him work in the Forgotten Army, Selection Day and What Are The Odds?
All three of these are starkly different with unique concepts.

Like all of us, Karanvir too misses the fun at work and can’t wait to go back to the shoot life. Working with Kabir Khan, director of Kabul Express, New York, Ek Tha Tiger, Bajrangi Bhaijaan, Phantom and Tubelight, the actor says was the highlight of his life. Likewise, he adds, “What are the odds? is the first project I shot for, so everything about it is special. It’s actually very hard to handpick scenes or sequences as the entire journey was just magical.”

Though the actor hasn’t signed any project as yet, given the current pandemic situation, he has a couple of projects floating around.

Click on the below link to watch Karanvir Malhotra’s fun rapid fire.