If a documentary based on an inhumane crime is considered just as criminally offensive as the crime itself, BBC’s documentary film ‘India’s Daughter’, stands guilty as charged. It caused an uproar when the Indian government feverishly tried to take down all sources of the video because “excerpts of the interview as published are highly offensive and have already created a situation of tension and fear among women in society”. To censor or not to censor-the most important question of the decade.

German Professor refuses Internship to Indian Student
An Indian student was reportedly denied internship at one of Germany’s oldest universities by a professor because of the ‘rape problem in India’. Within emails the professor wrote, “I don’t accept any Indian male students for internships. We hear a lot about the rape problem in India which I cannot support. I have many female students in my group.” Generalised discrimination at its best, we think.

Cussing, Cattle and other cardinal sins
The government is trying to be the over-protective parent to the ‘misled’ Indians of the country, by banning several things including possession, slaughter or consumption of beef; usage of ‘obscene’ language in movies; and of course the movie 50 Shades of Grey. We should all probably enjoy the Internet before it makes its way to the list too,shouldn’t we? The Dress
If Kim Kardashian’s posterior didn’t manage to break the internet enough, the infamous dress sure did. This blue and black (white and gold?) outfit was posted on Tumblr by Caitlin McNeill, successfully causing people to lose their minds deciding the actual colour of the dress, which looks different to different people. Soon, not only did several of these dresses sell like hot cakes but people actually got tattoos done of the same. 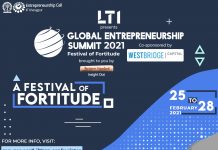 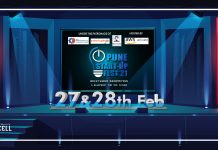