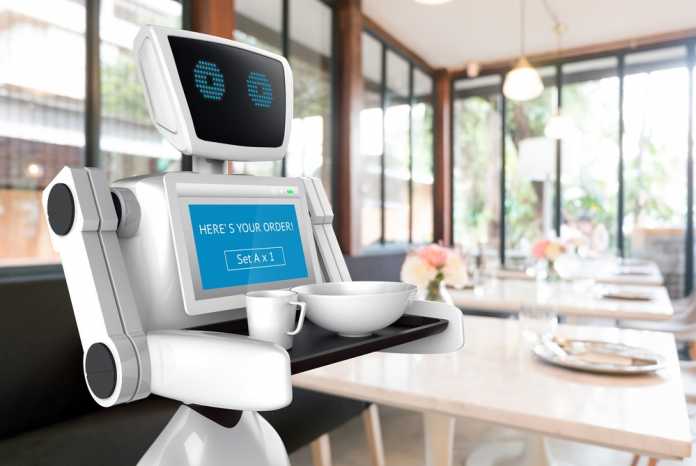 There’s a cafe in Japan in Tokyo’s Akasaka district that will open its doors in November, and will feature robot waiters that will be controlled by people that have certain physical disabilities. These bots can be operated by these people from the comfort of their homes, and can work even if the operator only moves their eyes.

The cafe, which will be called the Dawn ver. Beta cafe, will make use of OriHime-D robots that are 1.2 meters tall and weigh approximately 20 kilograms. They also come with an inbuilt speaker and camera, where the operator can live stream the footage over a computer or tablet connected to the internet.

Speaking to the South China Morning Post (SCMP), the designer of the robot stated that the plan was to use physically disabled operators to support the employment of those who “can’t move their bodies. Kentaro Yoshifuji, CEO of Ory Labs developed the robots and user interface to allow those who cannot move out of their wheelchairs to contribute society. Yoshifuji suffered a rather debilitating illness as a child which made effective communication impossible for him. “I want to create a world in which people who can’t move their bodies can work too,” he was quoted saying.

At the launch of the robot, a demonstration was conducted wherein the robot was controlled by Nozomi Murata who suffers from autophagic vacuolar myopathy, a condition that causes atrophy of the skeletal muscles. The robot’s eye-tracking capabilities make is useful for people in the late stages of amyotrophic lateral sclerosis.

According to reports, the cafe is scheduled for a test run on weekdays from November 26th to December 7th. Ory Labs also plans to open a permanent cafe with robot waiters closer to the 202 Tokyo Olympics and Paralympics. Additionally, they also plan to introduce smaller robots in Japan for telecommuting, to represent employees who couldn’t be at work due to illness or other reasons.

In the past, the Nagoya University Hospital in Japan employed robots to help out with night shifts, by ferrying medicines and supplies in between floors. 300-pound robots were also placed in nursing homes to help residents get out of bed, and also to keep them company when no humans are around.

Robots are increasingly becoming an integral part of various industries across Japan. Statistics from the Japanese Ministry of Economy, Trade and Industry show that the robotic service industry in Japan will reach $4 billion by 2035.