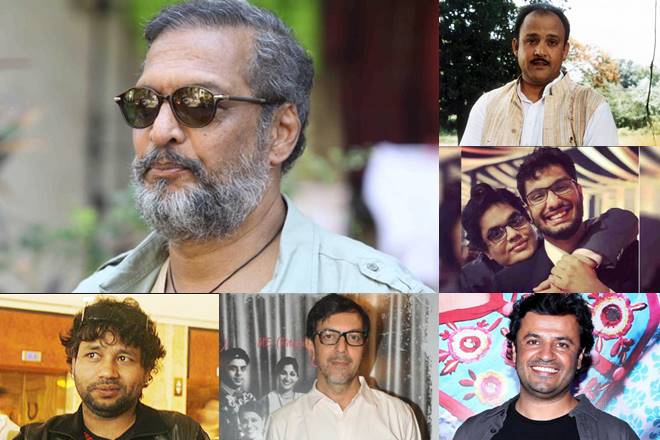 When Tanushree Dutta accused Nana Patekar of sexual harassment in 2008 on the sets of the movie Horn Ok Pleass, she sure did open a Pandora’s box of women from all walks of life, with the courage to speak out about their stories of harassment.

Comedian Utsav Chakraborty brought out a number of skeletons from his closet when he retweeted a magazine report about 1300 Indian men harassing fellow passengers aboard an Australian cruise. What followed were never-ending tweets calling him out, after Twitter user Mahima Kukreja accused Utsav of sending her unsolicited nude pictures and pleading her not to tell anyone about it. She also received numerous direct messages from women who had similar encounters with Utsav, and some were minors even. At that time, Mahima was an intern at All India Bakchod (AIB) and informed ‘the head honchos’ about his behaviour, but she alleges that they didn’t take any action and continued to work with Utsav.  This brought AIB founders Tanmay Bhat and Gursimran Khamba under the scanner, while Bhat has ‘stepped away’ from his association with AIB, Khamba has been put on a ‘temporary leave of absence’ after he has also been accused of harassing women.

Actor-filmmaker Rajat Kapoor has also come under fire after three women have accused him of sexual misconduct. One of the women, a journalist named Sandhya Menon said that Kapoor misbehaved with her while she was interviewing him on the phone, asking her questions like ‘are you as sexy as you sound’, and her body measurements. Another woman alleged that he kept calling and bothering her for a film shoot, and asking her if she knew of an empty house citing that he wanted to shoot a film with her there. The third woman recalled the night when the filmmaker dropped her home in his car. He touched her inappropriately and repeatedly tried kissing her, leaving her traumatised.

As a consequence of the controversy, MAMI has scrapped AIB’s first produced film Chintu ka Birthday and Rajat Kapoor’s Kadakh in solidarity with the #MeToo movement.

Producer Vinta Nanda made a shocking revelation about Actor Alok Nath, saying that he tried to rape her on two occasions. He went on to dismiss the claims saying ‘Someone else would have raped her’. Actress Sandhya Mridhul too spoke about her horrifying encounter with Alok while shooting a telefilm with him in Kodaikanal. He allegedly got drunk and was forcing her to sit next to him for dinner and kept saying ‘you’re mine’. One night after a shoot he forcibly entered her room and jumped at her screaming ‘I want you, you’re mine’.

A film crew member has accused producer-director Vikas Bahl of sexually harassing her on the promotional tour of the 2015 movie Bombay Velvet. He responded by sending legal notices to Anurag Kashyap and Vikramaditya Motwane for making ‘defamatory allegations’ against him. The trio were all apart of Phantom Films, which was recently dissolved. According to his notice, the dissolution of Phantom was an ongoing discussion but both filmmakers have “falsely and conveniently portrayed to the media that the reason for parting ways is supposedly the alleged incident of May 2015 which is false and has been done in bad taste.”

DNA’s founding editor Gautam Adhikari was accused of kissing three women without their consent. Hindustan Times Bureau Chief and Political Editor Prakash Jha has also faced allegations of sexual misconduct by a former employee, after she released whatsapp conversations of Jha telling her that he was ‘enourmously attracted’ to her, despite being married at the time. Following this, Jha was asked to step down with immediate effect. He will stay on as a report but will have no managerial responsibilities.

Comedian Kaneez Surkha accused fellow comedian Aditi Mittal of kissing her without her consent in front of an audience, which left her ‘humiliated, shocked, and completely stripped of choice’. Mittal responded with an apology, saying it was ‘part of the act’ but ‘understands that this was a violation of space’ and out of respect for her space began to ‘consciously avoid’ Kaneez at all events. She added that she was ‘unconditionally sorry’.

Author Suhel Seth has also come under fire after a journalist claimed that he forcefully kissed her in public at a conference in Goa in 2011. Film director Natashja Rathore also accused Seth of taking her to his apartment in Gurugram, where he kissed and groped her.

The #MeToo movement, which first cooked up a storm in Hollywood, has fostered solidarity and sisterhood. The movement aimed at giving victims and survivors a chance to speak, to be heard, and to be believed. This has encouraged women to come forward, even years after they have faced harassment. The movement should not only give victims a sense of relief, but it should be an alarm for those women who are still within their predator’s limits.