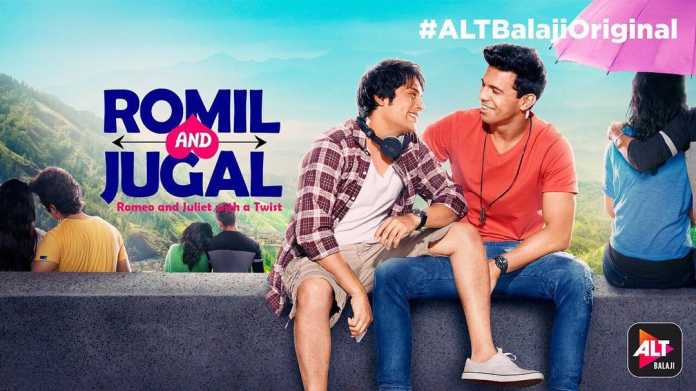 All roads led to Sunny Super Sound Juhu for the screening that left everyone amazed, that of a tale of Romeo and Juliet with a twist, “Romil and Jugal.”

Seen at the screening was director of YRF fame (Bewakoofiyan, Hip Hip Hurray)  Nupur Asthana who was all smiles with her entire cast comprising of the endearing Manraj Singh (He plays Jugal) and Rajeev Siddhartha (he plays Romil) as well as Manini Mishra, Suchitra Pillai, Vritika Ramnani (she plays Meher) and Divinia (she plays Rosie). Celebs who came to view the screening like the super talented Rajat Kapoor, gorgeous Dipannita Sharma, the effervescent Saqib Saleem, a stunning looking Niharika Bhasin and more. They were all left in awe of the lead cast and director post the screening as everyone unanimously loved the show and the endearing story it portrays! (PS: There is also a full cast image attached for ref)

Romeo and Juliet by William Shakespeare. The most tragic, heart-wrenching romantic tragedy ever written.The two iconic characters – seen in countless adaptations, mileus and languages. Now comes yet another from ALT ENTERTAINMENT. With a twist or two. And it’s not a tragedy. Romeo and Juliet are Romil and Jugal. An emotional love story of two boys. Grappling with intense, forbidden love. Opposed by feuding parents who are shocked to learn their sons are gay. Set in a tiny hill station called Colwynganj where homosexuality is something that exists in movies and big cities. Our protagonists study in  2nd year of college. They come from different backgrounds, communities, languages. Jugal belongs to a Tamilian-Brahmin sober, intellectual family. Romil comes from a loud expansive Punjabi family. Jugal is directing the college theatre production of Romeo and Juliet . Romil is a sports loving gym rat who finds himself playing Romeo. Jugal knows he is gay but has come out to only his best friend. Romil is a player dating several women. A young 19 year old in denial of his sexuality.