Rejoice, people. Robots are finally here, and they are definitely here to stay. We delve into the field of robotic engineering to tell you more about the jobs that come from the influx of the mechanical marvels

Not only is robotic engineering an exciting and challenging field of study, it also has enormous practical benefits for humanity. However, for some reason most people tend to associate these perceived benefits with a distant future. But it doesn’t make sense to do so, as robotics is already very integrated in our current day to day lives. If you’ve seen Disney’s Wall-E, you must remember the revolutionary driverless cars that have been showcased in the movie. Even Will Smith’s I Robot showed cars which could be operated by robots, giving the drivers time to catch up with other tasks while travelling. As these movies are futuristically based, it’s easy to presume driverless cars are a thing of the future. But that’s not true. Google already has a fleet of driverless cars roaming the globe taking satellite images. Drones are also expected to be used in a delivery capacity in the near future. This is also expected to only grow over time, as with the recent technological advancements, it has become increasingly clearer that robotics are here to be inducted into our lives far more than they currently are. 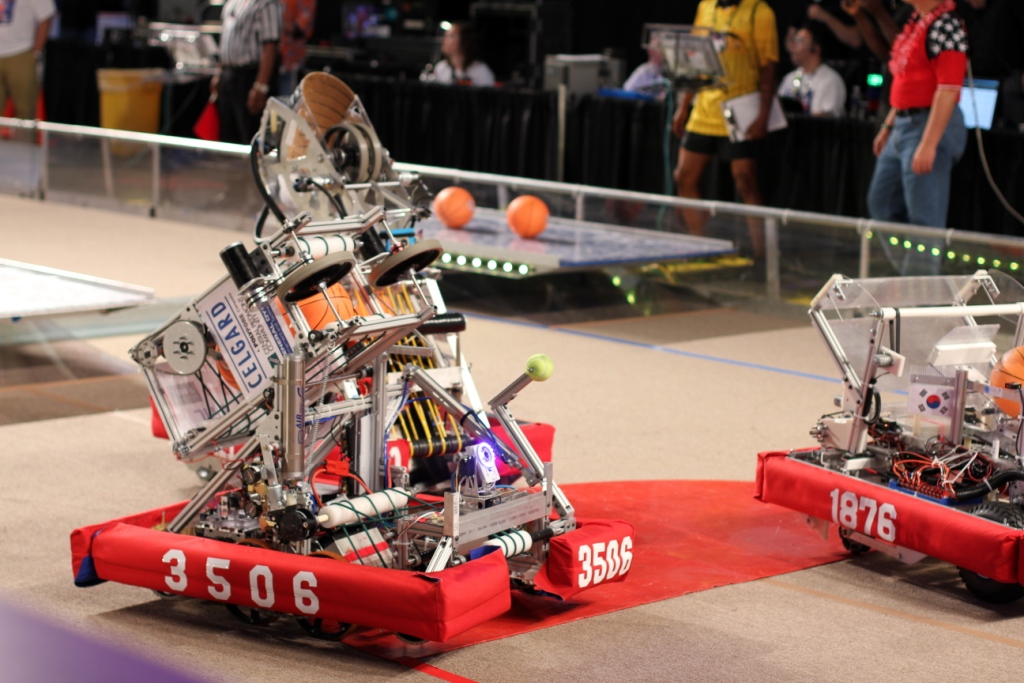 WHAT IS ROBOTICS ENGINEERING?
Robotics engineering is fundamentally is a combination of computer science, electronics, programming, signal processing and systems engineering. Obviously, a career in robotics does not mean you’re going to be building the next R2D2; so all you Luke Skywalker wannabes need to calm down a bit with your day dreams. Robotics is mainly used for the mechanisation of repetitive tasks. This widely compromises of manufacturing tasks which can be taken care of by a machine. To give you an example, in the olden days, a company producing dolls would have an employee to fit the different parts of a doll’s physique together and create a complete product. Now we have a mechanical robot taking care of the task. What’s more, neither does the robot get tired, nor will he ever fit a doll’s head into an arm socket because he got disoriented.
There are various advantages to the inclusion of robotics in our lives, like:
* Reducing human error
* Greater efficiency
* Superior level of precision
* Lack of need for downtime
* An advanced level of safety
* Greater level of consistency

HOW TO GET INTO ROBOTIC ENGINEERING?
To work in the field of robotics, a degree in a relevant field of study is a must. As it can get very tough to find specified Robotics Engineering programs, especially at a Bachelor’s degree level, most students choose to study a related field, such as Mechatronics, Electronics, or Mechanical Engineering.

WHAT IS THE FUTURE OF ROBOTIC ENGINEERING?
Robotics has already been integrated into our working lives, but we expect some far more dramatic changes to happen as their engagement with us changes. Today, robots don’t resemble the ones we tend to see in our futuristic sci-fi movies one bit, but this is likely to change. The current machine-like robots that are designed only to perform specific tasks like a robotic arm on a conveyor belt are not the final form of robots. As robots begin to work side by side to humans, we can easily expect more relatable and lifelike looking robots. Sure, the technology is still far from perfect but the advancements made in just the past 5 years are quite dramatic. This leads us to the conclusion that the world of robotics is a fast-growing one. It is only expected to expand further as technology advances and the need for automation grows. 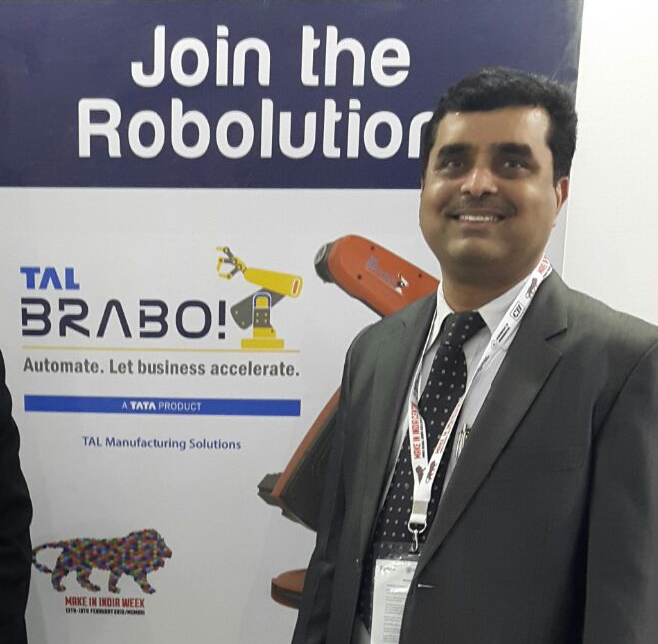 HOW DID YOU COME UP WITH THE IDEA FOR THE TATA BRABO ROBOT?
TATA Motors / TATA group has already been using Robots for many years now. The first time we used Robots in a big way was when we set up the Indica Body Manufacturing line. At that time, it was even envisaged that we should manufacture Robots within TAL with collaboration with a foreign manufacturer. But the idea was dropped since the market for Big payload Robots was not so high to really justify the venture. Subsequently, during our interactions with various Customers cause of Projects being executed by TAL, we observed a lacuna of Robots being available in India at a competitive price. Foreign manufacturers of Robots charge a high value since all Robots are being manufactured outside India. On top of the acquisition cost is the cost of spare parts & service which is again very high. We noticed this fact during our working with various Customers. We also observed that the major reason that SME/MSME segment was not venturing into Robots is the fear of technology & other issues listed like acquisition cost, spare part cost & service cost. So the idea of a Robot which would be easy to use, cheap to acquire, local available spare parts & easy to service was born. The name ‘BRABO’ comes from Bravo which is kudos for generating such an idea.

WHAT WERE SOME OF THE MAJOR CHALLENGES YOU FACED?
The first major challenge we faced was the actual technology being available in India. We have Robot technologies available in bits & pieces in several aspects of Robot Design & manufacturing but generating the composite whole was a challenge. We managed to do this by building a team from scratch & giving them the opportunity to explore various options to develop the technologies in-house with minimal support from outside. The other challenge we faced was developing suppliers for Robot components & assemblies since till now suppliers in the Indian Industry have never ever manufactured Robots parts locally. Suppliers also had to be geared up to manufacture parts & assemblies which will have a higher reliability since the basic expectation from Robots is that they have to work all shifts (24×7).

WHAT HAS BEEN THE RESPONSE THAT YOU HAVE RECEIVED FOR THE ROBOT?
To date we have received a very positive feedback from the Indian SME/MSME Industry. Surprisingly though we had a clear focus of concentrating on the SME/MSME segment, we have been receiving inquiries from even the OEM segment. Our recent participation in the “Make in India” event in Mumbai has given increased the response exponentially & we are now stretched to address the inquiries received in the last few weeks.

WHAT ADVICE WOULD YOU LIKE TO GIVE TO THE YOUTH WHO ARE CONSIDERING ROBOTIC ENGINEERING AS A CAREER?
Robot engineering is the sunrise sector given the fact that automation is going to take off in a big way in India. Even in the current situation when we are hardly selling 2500 Robots / year, we have a severe shortfall of Robot engineers & programmers in India. Imagine a situation when we have an explosive growth & reach at a level where we sell Robots like the Chinese market (@ 55000 Robots / Year). Hence I would advise youth to consider this as a serious career option.