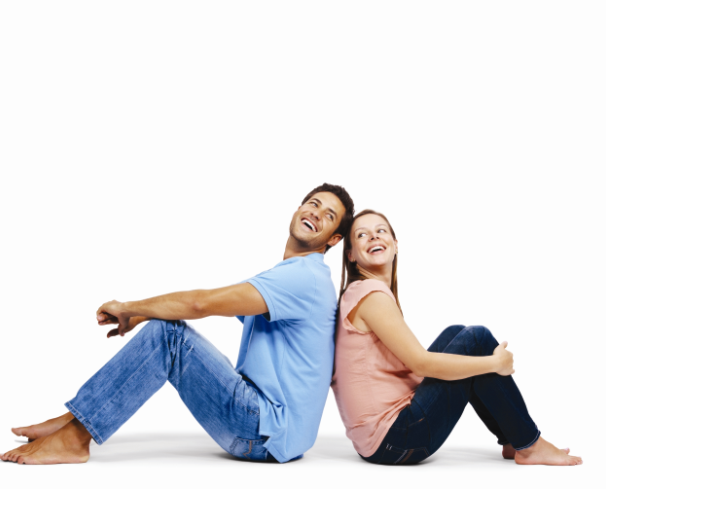 THERE’S ALWAYS A WAY TO MAKE THINGS WORK IN A RELATIONSHIP. NISHA  JAMVWAL SHARES HER PRICELESS AND MOST USEFUL TRICK WITH US

Matchy-match, rules and regulations, discipline: these were things for the older brigade. Growing up, I never felt that one should adhere to any regimen or rules. In fact, I nearly bucked at the thought of such shackles in my life. And yet when I grew up into life’s challenges, I realized how valuable it is to work by some basic principles, like setting out some guidelines when entering a relationship. I found that following some ground rules in relationships of love, romance and ardour actually works.
Lovers’ tis, mother-daughter quarrels, father-son battles, or sibling anger and war! Some of the most love-laden relationships as these are, we all know. But these are also dotted with the most painful and hurtful moments, albeit oen very transient. When they happen, good sense seems to have completely ed out of the window. Attacks, allegations, bruising words, ego clashes and even temporarily the desire to demolish the other, reign rampant, leaving in their wake tears, bruised psyches, and wounded souls. Sometimes the outcome may even be permanently disruptive. Aer the winds have blown their course, anger does dissolve and the ego does oat back to its accustomed seat. Incredible as it might have seemed, love, hopefully, once more prevails.
e detached observer wonders at the immense dissipation of energy involved. If love is there, why does its path have to be unreasonably tortured? And if grievances and tempers may oen spike, is there a system or code that might be laid down in a saner aftermath that might  lessen or shorten unhappy situations? LAYING IT ALL OUT
Indeed there is. If the mind firmly accepts and writes in stone that love is the raison-d’etre of the relationship, then a workable code is very possible. I realized through life that the smartest way in relationships is to work things out at the outset of a relationship. Especially marriage. Before going into platitudes, the very first ‘law’, especially for a couple, is not to entertain even the merest idea of a divorce or a break-up. e mind then works in the direst circumstances towards healing and forgiving outcomes.
A wonderful couple I know look as if they are on a perpetual honeymoon. They have a pact. Never carry over any ti or disagreement to the next morning. By design or chance, this is a sure formula for happiness. In the matter of love, focussing on the positives and letting go of the unpleasant is indeed desirable. Clinging to resentments and grievances, picking faults or sweating over small stuff is not worthwhile. Remember there was much that you liked, that brought you two together and there’s a life ahead together. Sometimes egos bring about unhappy situations. But isn’t the world outside full of manipulative power games? Where love is the operative consideration, these thoughts are unworthy. Both might remember that the hurt and pain is on both sides-perhaps displayed in different ways. If one tried to make amends, it’s a happy step to be welcomed, with no weighing scales or scores to tick off.

DISCUSS, NOT ARGUE
These days EQ pundits propound that in a disagreement, it is more constructive to address the issue than condemn or degrade a person. Instead of saying “you are lying” it’s better if  one says “these are not the facts” or “such is not the case”; or instead of “you are always aggressive!” it is more constructive to suggest the desirable. “You are always such and such” style of personal and alleging statements only bring about negative outcomes and are more about venting one’s own spleen than getting desired action harmoniously and is oen unfair. Or worse, that lead to further animosity. “Don’t scream and shout!” can veer away by the inclusive “let us talk this calmly.”
Egos are not bruised and the resentment quotient is far less. The idea is not to hit out, attack or denigrate the person, and make it a fight, but to make way for sorting out thorny issues. Personal statements amount to putting down the other person and instead of solving issues bring about resentful clashes and indeed a sullen impasse on both sides. So indeed, a pact or informal code might work very well towards equanimity. A code where one party empathetically curbs reactions or retaliation if he or she senses the partner has had a rough day, is a rule I follow.
Nisha JamVwal is a writer, designer
& luxury consultant
Email – nishajamvwal@gmail.com
Tweet Me @nishjamvwal
Instagram – nishajamvwal