The Olympics, which is undoubtedly one of the greatest sporting event in the world will be kick-starting in August, this year. And being the avid sports fans that we are, we have already decided which Indian participants we will be rooting for. Leo Oommen gives you the lowdown on the names of few players who might clinch a medal for India

For several years now, the Olympic games have been uniting nations throughout the world, showing the human side of nations which many are unfamiliar with. The Olympic Games have been a great part of most people’s summer or winter, and usually become the centre of attention for about two weeks, every four years or two years if you watch follow both, the summer and winter Olympics. The Summer Olympics 2016, officially known as the Games of the XXXI Olympiad, and commonly known as Rio 2016 is scheduled to be held in the city of Rio de Janeiro, Brazil, from 5th to 21st August, this year. The motto of the games is ‘Live your Passion.’
Rio certainly promises to be bigger than ever. Some 206 National Olympics Committees across the world will be sending in athletes to compete. It is likely that over 10,500 of the best sportspersons in the world will compete to win in the 306 events held (in 28 different sports). With barely a few weeks left for the games to begin, learn about the players who got ticket to Rio Olympics and are representing India. 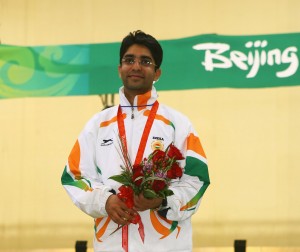 Abhinav Bindra
Sport: Shooting
Age: 33
At 15, Abhinav Bindra became the youngest participant in the 1998 Commonwealth Games. His breakthrough, however, came when he won a Bronze in the 2001 Munich World Cup with a new junior world record. He is India’s only individual Olympic gold medallist having clinched Gold in 10m Air Rifle at the Beijing Olympics 2008. He is chosen as India’s Flag bearer for the Rio Olympics this year, and will be seen opening the ceremony on August 5. This would also be his last time participating in the games. 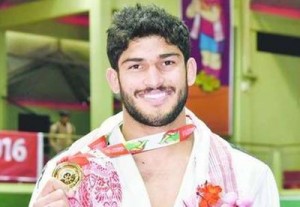 Avtar Singh
Sport: Judo
Age: 24
Avtar Singh, who has become the first Indian judoka to qualify for the Olympics since 2004, is not nervous about doing well on the biggest stage of sports. He is one of the two Asian judokas in the 90kg category to bag a continental quota for the Rio Games. Avtar wants to emulate his role model, the legendary Milkha Singh, in making his country proud. Only time will tell if he will. 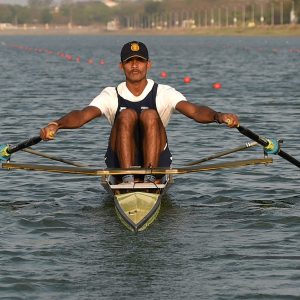 Dattu Bhokanal
Sport: Rowing
Age: 24
Bhokanal hails from the drought-hit region of Talegaon in the western state of Maharashtra, and is the only champion rower from India. He never wanted to be a rower and was aquaphobic. Eventually, he overcame his fears and achieved success in rowing. He has qualified for the 2016 Olympics, to participate in the single sculls event. Bhokanal managed to secure second place at the finals of the 2016 FISA Asian and Oceania Olympic qualification regatta held at Chung-ju, Korea recently. 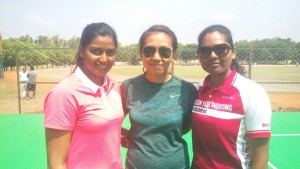 Deepika Kumari, Bombayla Devi and Laxmirani Majhi
Sport: Archery (Individual and Team)
Age: 21, 31 and 27 respectively
The women’s trio will compete in the individual events as well as team events at the Rio Games in August. India’s women archers earned three individual berths and a team quota by virtue of the team’s performance at the World Championships in Copenhagen last year. 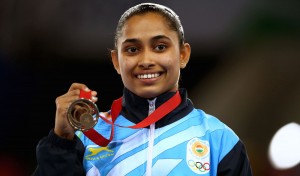 Dipa Karmakar
Sport: Gymnastics
Age: 22
The gymnast from Tripura first made a name for herself by becoming one of the five women in the world to have succeeded in landing the treacherously difficult Produnova vault and the first Indian female gymnast to qualify for the quadrennial event for Rio Olympics. She is the first Indian female gymnast to win a medal at the 2014 Commonwealth Games and follow it up with another bronze at the Asian Championships in Hiroshima, she also reached the final round of the 2015 World Championships and finished fifth. 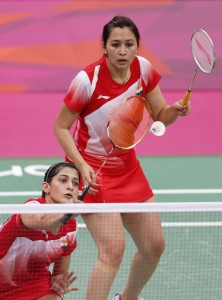 Jwala Gutta and Ashwini Ponnappa
Sport: Badminton (Doubles)
Age: 32 and 26 respectively
The shuttlers qualified on the basis of their rankings after the Badminton Asia Championships. Jwala and Ashwini have won many medals in international events including a gold medal at the Commonwealth Games historic bronze at World Championships. They currently ranked World No.14 in Women’s Doubles. Both are confident and hardworking players who aim to win a medal at Rio. 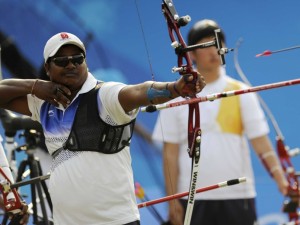 Mangal Singh Champia
Sport: Archery
Age: 31
The former Olympian secured an individual berth for the 2016 Rio-bound squad when he entered the recurve quarterfinals defeating sixth seed Antonio Fernandez of Spain 6-2. He will also be part of the Men’s trio archery team if they are qualified for Olympics. Indian men’s archery team comprises the trio of Jayanta Talukdar, Mangal Singh Champia and Atanu Das along with Rahul Banerjee. 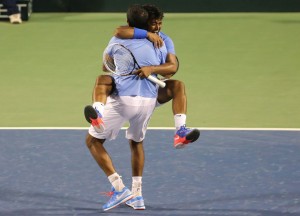 Rohan Bopanna and Leander Paes
Sport: Tennis (Doubles)
Age: 36
Rohan Bopanna currently ranked 10th in the world in the doubles ranking. He will pair up with Leander Paes for men’s doubles. Bopanna’s original choice was Saketh Myneni but All India Tennis Association (AITA) selection committee felt that Paes and Bopanna are the “best bet” for a medal. For Leander Paes this would be his seventh record Olympic appearance 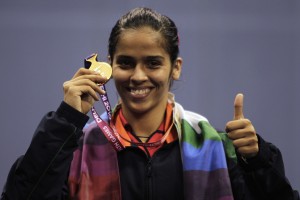 Saina Nehwal
Sport: Badminton
Age: 26
The number 2 player in the world is looking forward to bringing home a medal from the Rio Olympics. She is proudly representing India for the third time. She is the first Indian to win a medal in Badminton at the Olympics. She achieved this feat by winning the Bronze medal at the London Olympics 2012. She hopes to stay injury free to bring home a
medal for her country. 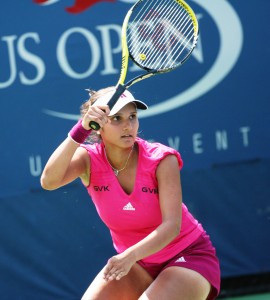 Sania Mirza
Sport: Tennis
Age: 29
Sania, who has now won three straight Grand Slams after the 2015 Wimbledon and US Open, said she is looking forward to the August 5-21 Rio Olympics. She will partner Rohan Bopanna in the mixed doubles category and Prarthana Thombare in the women’s doubles. Mirza, along with her regular partner Martina Hingis, is the World No 1 women’s doubles player.

Shiva Thapa
Sport: Boxing
Age: 22
Shiva Thapa is the only boxer to qualify for Rio Olympics 2016 after five-time world champion Mary Kom got eliminated. He will compete in the bantamweight category. He bagged a bronze in the World championship in Doha. Thapa, a former Asian champion, put in some hard work to ensure his second Olympics appearance. 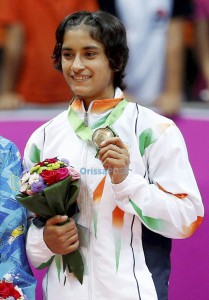 Vinesh Phogat
Sport: Wrestling
Age: 21
She comes from a family background of wrestlers. Vinesh overcame her weight issues to book India’s wrestling berth, which she had failed to achieve but qualified for the 2016 Olympics by winning gold medal in the 2nd World wide Qualifier tournament held in Istanbul, Turkey in May, 2016.