You have invested three years into the journey of matrimony, and all your kith and kin now begin to rub the ‘baby song’ in. Planning your family has been a priority, but the incessant pressure overwhelms you! Suddenly your bucket list priority takes over everything, even the family, and the husband! Having a baby isn’t as taking a walk in the park. Especially in India, where even the modern corporate-bound woman is pinned down to the arrange marriage system, it always takes time to understand the partner and the family. The impending insecurities won’t be weaning off any time soon!
Having a child is indeed a life-changing experience! Women are suddenly becoming victims to the vicissitudes of an array of physiological and psychological changes. While the world outside is experiencing stupendous bouts of joy, there is an active volcano erupting from within you. So what are the changes one experiences when they discover they are having a child?

Pregnancy may kick in with a mild headache and unexplained fatigue.You may not know what is happening then. All this will be followed by unannounced bouts of nausea and stomach queasiness. You may also wake up feeling exhausted in the morning (but that doesn’t really mean that good news is always around the corner. Stress also plays its part here. Remember the days when we spent nights up, cramming for the most important exam, and we woke up feeling like absolute muddleheads).
So, hold your horses and take the test first thing in the morning. Home pregnancy kits are readily available, and they are indeed easy to use. The general process includes using the dropper to accumulate a few drops of urine and drop a few of the same on to the stick provided. A double line indicates that the test is positive, and a single line indicates a negative result. But do repeat the test after a few days, as the hCG hormone could take a few days to activate. The home pregnancy tests report 96% accuracy. A blood test will provide for 100% accuracy. The psychological ramifications of learning that you are pregnant are quite different. You may be happy on the outside, but insecurity and confusion get the better of you. A million questions seem to be hurling at you like pots and pans. At such times, your partner’s maturity levels are put to test. It resides upon him to reassure you from time to time. Moral support from your family members will keep you going too.
Don’t forget to eat right, sleep right, and think right. Seek direction from the higher power in the way of prayers. Indeed! Prayers radiate a lot of strength! The words, if appropriately pronounced, have a very positive impact on the aura around you. Don’t fail from taking walks and exercising at regular intervals. It is also essential to stay active! Eat in abundance and eat healthy. Fresh salads, and hot soups with a liberal dash of natural colours will do both the mother and infant a lot of good.
Also consider connecting with a counsellor to keep unwarranted fears at bay. Professional help will aid you through all the three trimesters, preparing you for labour. It will also help you keep yourself elevated and stave off any negative thoughts.

While the above saga gives us insight into the plight of a married woman, let us see what a woman goes through if she is pregnant out of wedlock. India is bound by traditions and rituals. However, owing to the amassing global exchanges, the life of an average Indian woman witnesses a tumultuous uproar. She often finds herself in a catch-22, being ruthlessly pulled by the whims of society at one end, and the ways of the new world on the other. While traditions are always reassuring in numerous ways, the ways of the new world are alluring, insightful, more updated and most importantly, more followed, for a hoard of practical reasons.
According to statistics, an average Indian girl hits puberty between the age of eleven and thirteen. After this she is tied down by the academic system of delivering the best score, so that she can acquire the best seat in the best college, followed by a good job. She is caught up in the rigmarole of notching the corporate ladder. By the time she has found herself in a deserving position, she is in her mid-thirties. Stress does get the better of her by then. She also learns of her ticking biological needs in the course and runs into sexual encounters out of wedlock. While abortion seems like the best alternative to most unmarried women, some may marry on learning of the pregnancy itself. A few of the braver women take the decision to single handedly raise the child. The onslaught that society metes out to such women is indeed overwhelming; but sadly, the society is bound by norms that are somewhat religiously inclined. The democratic system permits the woman to have a child out of wedlock, but such women are labelled as being careless and of a lesser character. She is shunned for having bought disgrace onto her family’s honour. Little does society realise that woman such as these, possess gumption to actually stand up against all norms. To give birth to the child instead of ruthlessly culling its existence from inception itself. Even in the modern world, the existence of a girl child is unwanted, even in some of the higher educated and well-to-do families. While the physical and psychological ramifications of pregnancy can be really scary and daunting, the thought of motherhood gives them enough strength to overcome the pain and raise the child.

As I key off, I realize that one indeed requires courage to raise a child, be it within or out of wedlock. But, what is even more important is to raise the girl child to become strong, and to stand up up for her decisions, and live her life fearlessly and relentlessly. 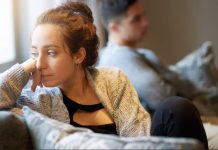 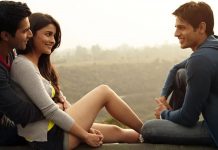