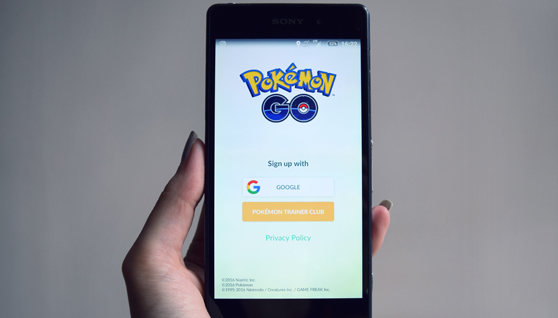 Is the Pokémon Go craze dying out too soon? Read about how it all started and go to where it is today

If you haven’t heard of Pokémon Go, we’d suggest you crawl out from the rock you’ve been living under. Software giant Niantic’s latest offering in July 2016 sent the world in a tizzy, and suddenly it was the 90’s all over again where people were out to ‘catch em all’, this time using technology. Released on both iOS and Android platforms, the location based augmented reality game used a players GPS to find, capture and train Pokemon and was the next biggest thing since  Zombies, Run!

Pokémon Go allowed users to capture Pokémon with Poke balls, train them at gyms and capture eggs which needed to be hatched. Pokémon Go saw people who have never walked more than a few steps a day, suddenly walking miles to find those rare Pokémon at Poke stops in the vicinity or hatch eggs. While the game was released only in a few countries, it didn’t take the great Indian mind long to figure out how to jump on the bandwagon. Apk files went viral and within no time, almost every teenager and twenty-something year olds were playing the game.

Poke walks were organized across cities, Pokémon Go was trending for weeks on end, and it was safe to say, India was addicted. What was interesting to see was a majority of the Poké stops were either strategically or stupidly (depending which side of religious tolerance you’re on) placed. Temples, churches, mosques were all targeted as spots with rare Pokémon and gyms. Suddenly, they were flooded with youth, albeit buried in their phones, but hey, something got them to go to a shrine without being forced. While all this was happening, there were reports of the revered Dargah Aala Hazrat issuing a fatwa against the game. The reason being, that it led people from other faiths to enter mosques during prayers and was considered inappropriate.

Pokémon Go was also blamed for a large number of accidents, crimes, injuries, traffic violations and even causing family problems. There were reports of people walking out of office midway because a Pokémon suddenly appeared nearby, people bunking work to go catch them and all this while the game was not yet officially launched in India.

Of course, Niantic knew what a global phenomenon it had caused, but chose to remain silent on an official India launch. Rumours spread that when it did happen, users who had downloaded it illegally would be banned forever, but there was also hope that they could start fresh and improve their rankings. However, before either could come true, the Pokémon Go craze started to wear off.

No surprises there, considering the game targeted the age group of 20-30 who have plenty of entertainment options at their disposal and are constantly on the lookout for the next big thing. Also, the novelty wore off.

How often can you walk around doing the same things every day? In a day and age with enough routines enforced on them, another was just too much to handle. As rapidly as it captured users, it also lost them. The game became ‘so yesterday’ as the kids would call it. The fact that the game had not officially launched in India made updating the app troublesome and also added to Niantic’s downward spiral. India’s poor network issues and expensive data plans too added to users getting fed up and uninstalling the game. Maybe, just maybe, if Jio was launched sooner, it would have been a win-win for both Niantic as well apart from Reliance.

Users wanted more, which Niantic was not giving them. Those who managed to download and updated apk complained that the new version had distracting fonts, the battery saver mode was scrapped and they no longer wanted to train and fight with people they did not know. They wanted to battle it out with friends, trade Pokémon and make tracking easier. Many users also complained they were fed up of finding Rattatas instead of other vital Pokémon.

While there is still no word of Pokémon Go making an official India release, one thing’s for sure, Pokémon Go may die ahead of its time, but Pokémon isn’t going anywhere anytime soon. Currently airing their 19th season with close to a thousand episodes produced, the brand continues to remain one of Nintendo’s best selling franchises, coming in a close second to popular game Super Mario.

Despite losing India as a market, Pokémon definitely has nothing to worry about, especially when its latest series Pokémon Sun and Moon comes out later this year. And who knows, with new Pokémon, the game might even make a comeback. Only time will tell.

Pokémon Go may have sent world in a tizzy post its launch, but there have been some seriously cool developments ever since. Most of us may be hard at work trying to find as many Pokemon as we possibly can, but one Nick Johnson went all out and has managed to find 142 of all 151 Pokemon. And now, the Brooklyn-based trainer has been granted a worldwide trip to catch the rest of the remaining Pokémon. Six out of these are can be found in the US itself, while three are based in international regions. And, he gets to take his girlfriend along! If this isn’t the perfect example of hard work paying off, we don’t know what is!

Visits to US national parks are reported to have spiked following the launch of the app in the US. And while players are reminded to be vigilant and avoid straying off designated paths while hunting for the elusive characters, they’re also reminded to keep an eye out for real-life wonders like icy tundra, grassy plains, and gleaming mountains.

Rio de Janeiro’s Mayor Eduardo Paes posted a Facebook plea asking Nintendo to bring the popular app to Brazil in time for the games. While the city has been mapped for the Pokémon Go, no launch date has been announced. The games begin August 5.

Not only are players invited to hunt for the elusive creatures across America’s national parks, the US National Park Service went so far as to organize a “Catch the Mall Pokémon Hunt,” led by a tech-savvy ranger last weekend at the National Mall.

In addition to helping players catch elusive Pokémon characters, rangers injected a bit of national park trivia into the hunts.

Earlier this week, the iconic opera house in Sydney attracted hundreds of players to its front steps after organizing a Pokémon Go hunt at lunchtime.

One of the most popular museums in New York features two Poké Stops, revealed the MoMA in a bid to attract visitors.

The oldest restored townhouse and first landmark in New York City, the Merchant House Museum, told The Independent it welcomes Pokémon Go players to tour the house while capturing the characters. The house is considered one of the best examples of preserved architecture and design from the 19th century and dates back to 1832.

However, the game hasn’t been so warmly received everywhere across the world. Several countries, including Saudi Arabia, Egypt, Russia, Indonesia, Belarus, Turkey, Australia and Portugal have either banned it or issued a fatwa against it or threatened employees with immediate dismissal if seen playing during work hours or taking time off to go play the game.