1. Image of ‘hazes’ over Jupiter captured by Juno spacecraft shared by NASA

NASA has shared an image of Jupiter captured by its spacecraft named Juno that has been orbiting around the planet since July 2016. The image was captured when the spacecraft’s approached close to the gaseous planet Jupiter in February. It was processed by a scientist named Gerald Eichstädt. The long and thin streaks visible in the image are layers of haze particles that float above the underlying cloud features, NASA said. NASA also said that the spacecraft was approximately 15,610 miles above Jupiter’s atmosphere.

Jamaican sprinter Usain Bolt and his girlfriend Kasi Bennett have announced the birth of their first baby. The baby’s delivery was confirmed by Jamaican Prime Minister Andrew Holness in his tweet congratulating the couple. “Congratulations to our sprint legend Usain Bolt and Kasi Bennett on the arrival of their baby girl”, read the tweet. The name and other details of the baby, however, remain unrevealed.

Mark Zuckerberg, Facebook CEO has raised concern about the influence China is having on other countries in terms of regulating the internet and fears that these countries might end up following a similar direction. Mark has not just raised his concern but has also urged western countries to counter China’s model with a democratic approach. He has called the Chinese approach “really dangerous”. Zuckerburg put forth this worry during the video conversation with European Union Industry Commissioner Thierry Breton.

4. People roaming outside without masks to be fined Rs1,000 in Telangana

The Telangana government has not just made wearing a mask in public places mandatory, but will also be charging a fine of Rs 1000 for those found without a mask in the public. “In order to prevent transmission of COVID-19, it shall be mandatory for everyone to wear a face cover/mask in public places. Each violation shall attract a fine of Rs.1,000” mentioned an order issued by the state government. In addition to this, the movement of any person is prohibited during the period from 7 PM to 7 AM for any purpose other than accessing a medical emergency.

The Bombay High Court has announced that it will not conduct full strength in-court hearings in near future due to COVID-19 and lockdown restrictions. Chief Justice Dipankar Datta held a meeting along with three senior judges of the HC Advocate General Ashutosh Kumbhakoni, Additional Solicitor General Anil Singh, and representatives of Bar associations to review the COVID-19 situation.  As reported in the Indian Express, given the current situation, the High Court will conduct videoconference hearing as per ongoing arrangement on May 22, 26, 29 and June 2.

7. China agrees for coronavirus investigation but requests to wait until virus is contained

Chinese President Xi Jinping has said he supports calls for an investigation into the handling of the coronavirus pandemic but has requested that the inquiry should wait until the virus is contained. This occurred during the 73rd World Health Assembly. A resolution was pushed by the European Union and Australia for a review of the origin. China, however, had previously rejected such calls for any investigations into the origin of the Coronavirus.

Researchers from the University of Cambridge and Imperial College London have developed an artificial intelligence (AI) algorithm that detects and identifies different types of brain injuries. The researchers have clinically validated and tested the developed model on large sets of CT scans and have found it successful to detect, categorize, quantify, and distinguish different types of the brain injuries. The results, of success, were released in the journal ”The Lancet Digital Health”. This newly developed model could be useful in large-scale research studies, for the development of personalized treatments that suit different kinds of head injuries.

Cristiano Ronaldo has resumed training for Serie A champions Juventus after missing it for two weeks and 72 days. The footballer was spotted arriving at the Turin club’s Continassa training ground. Ronaldo had flown back to Italy on 4th May and since then has been in a 14-day mandatory quarantine period. Earlier this week, the Italian government permitted Serie A clubs to restart their team training in a small group. Italy till now has been among the worst affected countries by the Coronavirus pandemic.

India’s batsman Virat Kohli has said, Portuguese football star Cristiano Ronaldo’s ‘beast mentality’ inspires him. During an Instagram live with footballer Sunil Chetri, Virat Kholi said, “here are lots of people who look extremely good on-field but to turn up for big matches that regularly, Cristiano stands out”. He further added, “hat is a beast mentality. I can literally count on fingers the number of people who can have that conviction to say something and then do it like that. That for me is extremely inspiring.”

Anil Kumble-headed ICC Cricket Committee, as a major health precaution in the game, has recommended that players must be banned from using saliva to glisten the ball but can use their sweat to do the same. The recommendation was raised when the International Cricket Council (ICC) panel conducted a conference call to address issues caused by the COVID-19 pandemic. “We’re living through extraordinary times and the recommendations the committee has made today are interim measures to enable us to safely resume cricket in a way that preserves the essence of our game whilst protecting everyone involved,” said Anil Kumble. 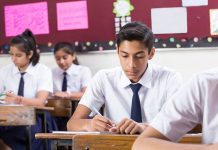 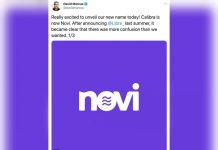 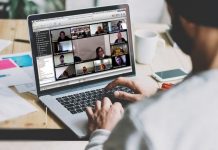 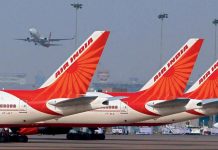 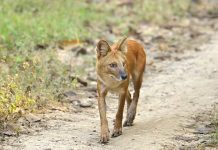 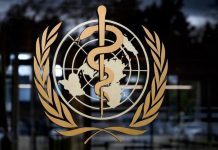