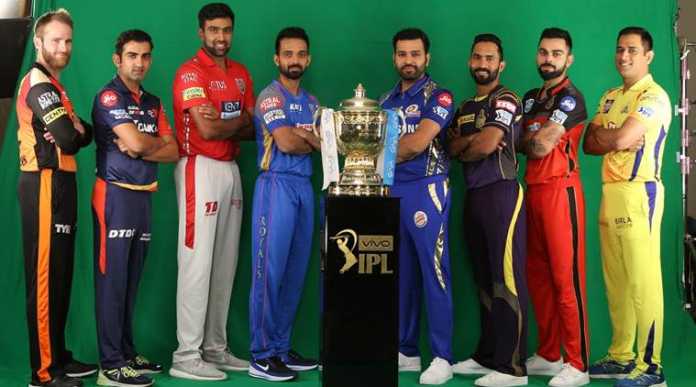 April 9th saw the beginning of the greatest sporting event in the country, the Indian Premier League 2018. People run home from their classes and jobs, with smiles drawn on their faces looking forward to seeing their favorite cricket stars. IPL has gripped people of every age, from grandfathers to school-going children. Within friend circles, there are groups formed, with each one vouching for their team to win the coveted title and the golden cup. Families huddle together in front of the screen and watch the match with excitement.

How Has The IPL Been Shaping Up? IPL began in 2008, as a domestic cricket tournament where 8 teams fight for the title. Over these 11 years, it has grown manifold and has attracted more attention nationally and internationally.  The 2018 IPL is one to look forward as there has been a great demand for young talent, players who impressed during the U-19 world cup. The latest season of IPL brings back two of the biggest teams – Chennai Super Kings and Rajasthan Royals – after a ban of 2 years. The fans are surely in for a treat! Young players have attracted much attention, and many have even ousted experienced ones in the race for the spot in the team. They have justified their price and have contributed to the team. From Shubman Gill to Prithvi Shaw to Washington Sundar, many heard and unheard players have caught the eye of the team owners. They have been provided a platform to showcase their talent. Not too long ago, youngsters like Hardik Pandya and Jasprit Bumrah were picked up by IPL teams. Now they are playing in the Indian National team. Youngsters are getting a boost to their cricketing careers by playing in the IPL. Some have been pretty impressive so far into the season. Mayank Markande has beaten the likes of seasoned bowlers to clinch the purple cap for taking the most wickets. The difference this year is that IPL has had many controversies. The condemnable act of Australian cricketing superstars David Warner and Steve Smith, both captains of prominent IPL teams have been banned due to the ball-tampering saga. The act during the South Africa v/s Australia test invited criticism towards Australians, which led them to being banned from International cricket as well as IPL. This came as a shock to both, SRH and RR who were relying on the skill and captaincy of these two to guide them forward.

Protests erupted across Chennai, and to the disappointment of the CSK fans, matches were shifted out of Chennai due to Cauvery water issue. The government finally had to give in to the farmers’ demands, and shift the matches out of Chennai. CSK fans were vulnerable, and were often the victims of physical abuse. The protestors got inside the stadium too, and shoes were hurled at the players. Tickets were also burnt, as the farmers along with activists, demanded more water for their crop, as water was being used to water, prepare the pitch and stadium.

Although this season is ridden with controversies, we can surely enjoy a spectacular season with our favorite superstars.  Be it MS Dhoni’s helicopter shot, or AB de Villiers’ out of stadium knocks, IPL has become an integral part of our culture, and no controversies can spoil it. Let us all hope for a grand, entertaining and delightful season that fills our houses with laughter and stadium with cheers.