Vibrant colors smashed on huge walls accompanied by witty and dark texts makes a Graffiti in Mumbai, more popularly known as street art. This form of art wasn’t seen in the previous years, but in the recent past years, Graffiti is gradually taking over the walls. You are sure to find every other wall in Mumbai, painted with bright colors.

More than just being a form of art, Graffiti/Street art is a form through which anyone can express strong thoughts, opinions, and dissent. It is also commonly made to create awareness about various pressing issues revolving around society, politics, environment, etc. It is that medium of expression which is bound to leave the viewer thinking. However, not all of them give a message. Some are just made for fun.

Though not permitted to paint the walls, Mumbaikars have welcomed the art whole‘artedly’!

What makes this art more unique is that it is not found under a roof like other art forms which are displayed in art galleries or museums, but are out into the open street walls of Mumbai. Most of them are on the walls of years old chawls, outer walls lining the railway tracks, and on the walls of ruined mills and factories. Bandra out of all other places is the one that has the maximum number of Graffiti.

Mumbai has some of the most astounding graffiti art that one must see:

Sassoon Docks: 142 years old docks located in Cuffe Parade, Sassoon is the largest fish market in the city. It was recently transformed into an artistic dock that is now home to many murals and other artworks of artist from around the world. The one by the artist named JR titled ‘Inside Out’ stood out from the rest of the artwork. It is a monochrome print portrait of the resident kolis of the dock. This was done to celebrate the koli community, the original inhabitants of the city.

Anarkali Mural: Mughal-E-Azam, a film released in the 60s still has the heart of many. The love story of Salim and Anarkali can never be forgotten not just because of its greatness but now because of the mural that has been painted the walls of Bandra.

Shri Markandeya Mural: A street art painted on the walls of the Sri Markandeya housing society, located in the heart of Dharavi, was painted to indicate that Dharavi, known to be the largest slum in Asia is more than that.  It indicates that it is a centre of entrepreneurship, culture, and small business. This was done by an Italian artist named Luis Gomez.

Other astonishing graffiti arts founds on the walls of Mumbai are:

Artwork at the wall of Lion Gate

Between Us in Pasta Lane, Colaba

Mahatma Gandhi Mural on the wall of Churchgate Station

Dadasaheb Phalke Mural near the Western Express Highway to Bandra

The above mentioned are just a handful of names. The city has many other wall arts that most of us have not even discovered. This is just the start! Imagine the whole of city’s walls painted with murals. What a colorful place Mumbai will be to stay. 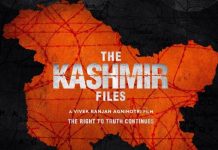