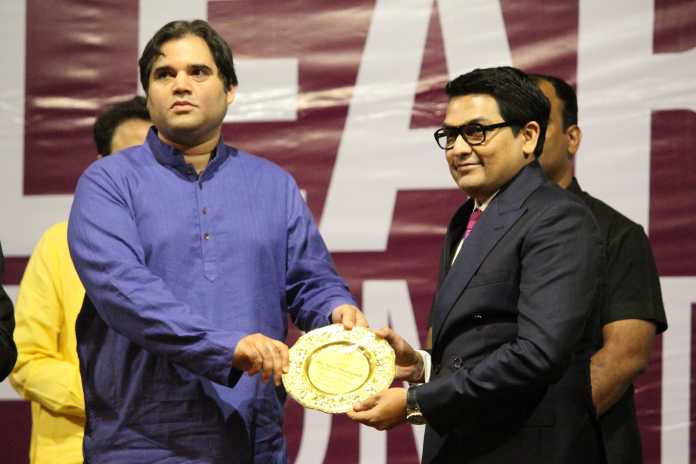 Varun Gandhi emphasised that success does not necessarily mean only making money and having cars and added that money is like a tree, a storm can destroy it. He opined, “What remains is the goodwill and blessings of the people. Youth need to get their vision together and work not as volunteers but partners in the Nation Building process so as to effect a change in the society.” While citing examples of innovation amongst the youth, Varun Gandhi added that instead of thinking that I don’t have money or I am alone, youth should rather think of how they can effect a change in society and come up with solutions through social entrepreneurship. He further added that, “We are in a society with lot of disparities. Some are fortunate while others have an uphill struggle for mere survival.” He brought into sharp focus the need to initiate debates in Parliament through the petition system and so also optimum use of RTI, social media and citizen journalism to make voices heard.

His lecture was followed by an engrossing interaction with students. Multiple questions raised by a highly charged audience received sharp and focused responses by Varun Gandhi. He appreciated the confidence of students at the university.