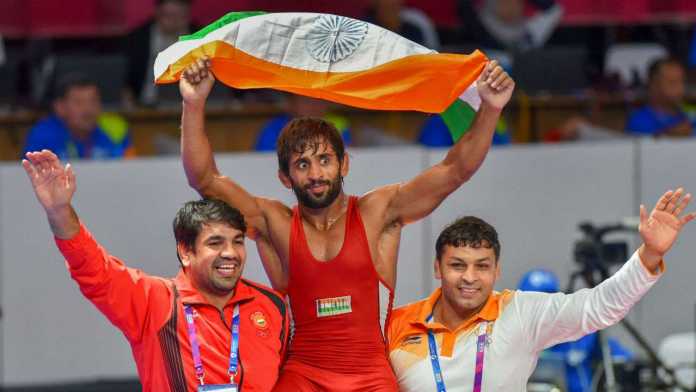 India’s ever-increasing medal tally at the 2018 Asian Games have now placed them at the eight position on the overall medal tally. So far, wrestlers and shooters take up a large part of that tally, while sports such a weightlifting and Kabbadi are well underway. Here are some of India’s crowning jewels who have fought long and hard to bring laurels to the country –

Vinesh Phogat created history by becoming the first Indian woman wrestler to clinch gold at the Asian Games 2018. The 23-year-old Haryana wrestler defeated Japan’s Yuki Irie with a final score of 6-2 in the 50 kg category. She previously won bronze at the 2014 Asian Games in the 48 kg category, and gold at the Gold Coast and Glasgow Commonwealth Games. Wrestler Bajrang Punia bagged India’s first gold medal at the 18th Asian Games, defeating Japanese wrestler Daichi Takatani by 11-8 in the Men’s 65kg freestyle event. He aggressively throughout the game till her emerged victorious, and dedicated his medal to former Prime Minister Atal Bihari Vajpayee, who passed away last week. 16-year-old Saurabh Chaudhary claimed gold at the 10m Air Pistol final event, and also made history by becoming the 5th Indian shooter to win gold in the history of the Asia Games. The son of a farmer from Meerut, defeat 2010 World Champion Tomoyuki Matsuda in 24 shots. Also standing beside him at the podium was fellow India shooter Abhishek Verma who scored a bronze, thus earning him his first medal at the Asian Games. Indian shooter Deepak Kumar took home silver on the 10m Air Rifle Event, in an exciting final round. He secured a total score of 247.7, defeated by Haoran yang from China whose 249.1 final score secure him first place at the podium with a gold medal. 19-year-old Indian shooter Lakshay also bagged a silver medal in the men’s trap event, shooting 39 out of 45 to win second place. He was defeated by Taipei’s Kunpi Yang who clinched gold with a score of 48. Indian duo Apurvi Chandela and Ravi Kumar made the country proud on Sunday as they bagged the bronze medal in the 10m Air Rifle Mixed Team event. They scored 429.9 points to secure for India their first medal of the prestigious quadrennial event. The winners received a host of congratulatory messages from celebrities and sportsmen alike, including heads of state. PM Narendra Modi also tweeted to each winner congratulating them for their stellar achievements. 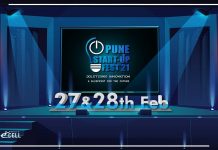 Pune Startup Fest’21 – ‘Bolstering Innovation – A BluePrint For The Future’