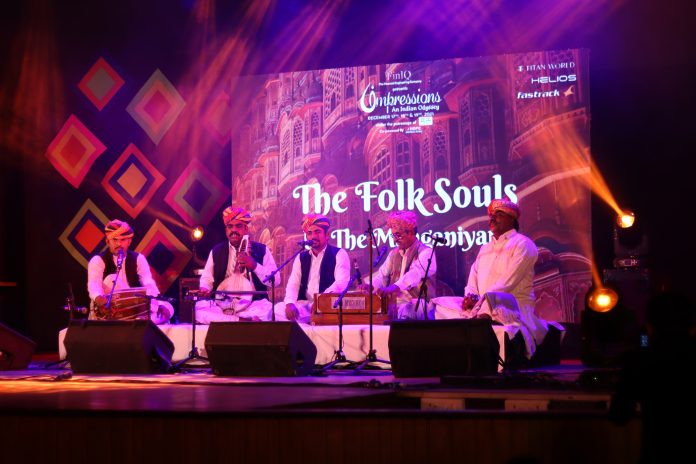 Impressions 2021 the annual cultural festival of College of Engineering, Pune started off with its upbeat and energetic inaugural ceremony on the 24th of November. The chief guest for the inaugural was none other than Mr. Sachin Pilgaonkar.He addressed the students and the college faculty and enlightened them with the importance of creativity and art. He also reflected how the Marathi film industry and Marathi films in general influence theatre. He stressed upon the importance of watching movies of various languages and cultures. He also made a point about the importance of a student teacher interaction to reduce stress and anxiety among students. All in all, he created a positive aura with lots of advice.

Due to the COVID restrictions, the crowd was following all the necessary COVID protocols and only limited audience was allowed with prior passes which required vaccination certificates along with alternate seat occupancy. The inaugural ceremony was kept short and was wound up with a campus tour to the chief guest.

The fest kicked off on the 17th of December. Impressions 2021 being a hybrid fest this year, the first day was conducted in the online mode.

The first event started off at 10:00 am with Nrityangana from the dance module, which showcased immense talent in participants. This event was followed by Taleteller. This event gave an opportunity to participants to narrate their hearts out. The next event Savaani starting at 2:30pm was part of the Music module, which consisted of Solo singing competitions having over 100 participants.

The evening event Swag Desi from the dance module included groups dances from various colleges showcasing their synchronization and team coordination. This was followed by a history story telling event ‘Istoria’, where people expressed their hearts out.

Day 2 of the fest was online as well as offline. It started with Verse-A-Tile. In an era of rock and roll, this poetry competition saw the participants unravel the poet in them. This was followed by Stay Tuned and So-Duet in the N. B. Music Arena and Main Auditorium respectively. The Limelight finals was held in the online mode on the platform Townhall. High Current from the module Music saw various bands showcase their talents. The judges for this event were members of the popular band Easy Wanderlings. Alfaaz-E-Bayan, the shayari competition allowed the participants to unleash their inner Gulzar. This event was followed by the proshow performed by The Manganiyars of Rajasthan. They really did bring the magic of desert to COEP. The final event for the day was a spectacular event performed by Easy Wanderlings, thus ending day 2 on a high.

The final day of the fest kicked off with Artiskit from the Acting module. This was followed by one of the most popular event of the day Street Forward from the dance module which saw dance groups battle it out on the stage. This was followed by Comiking which was judged by none other than the standup king Sahil Horane. In the search for the new Baadshah the rap battle competition Poona-05 saw participants express their feelings in the form of rapping. The So-Duet finals took place in the online mood which was followed by a standup by Sahil Horane in the main auditorium. The most awaited time for the participants, the Valedictory ceremony took place in the main auditorium. The winners were awarded with various prizes by the Director of COEP Dr. B. B. Ahuja. The evening proshows began with a standup by none other than Sumit Sourav which was followed by an amazing performance by The Yellow Diary. The band left everyone in awe with their mesmerizing performance. The night ended with DJ Kryso making sure that everyone danced their legs off. In all Impressions 2021 was a grand success because of the tremendous efforts taken by the entire Impressions team to follow all the safety and covid protocols and successfully conduct the event. At the end Impreessions’21 wouldn’t have been possible without our sponsors HDFC Mutual Funds, Yuvana Wellness, Apohan corporate consultants, FinIQ, Storia and  Trending Pune.