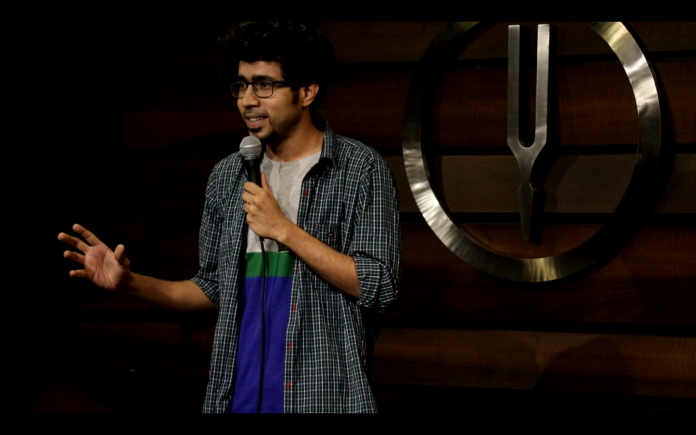 Every year the finest comedians fly in from all parts of the globe to perform at possibly the most favourite event of Mood Indigo, the Humour Fest. With performances like stand-up comedy, one-act plays, interactive workshops, improv comedies, clean roasts and what not, this fest has been creating a stress-busting environment and engagement in top class comedy acts. Humour Fest has been one of the flagship events of Mood Indigo, and as promised, they plan to go bigger and better than ever to continue this legacy. So here they are, announcing this year’s stellar frontal line-up: Stand-up Comedian Abhishek Upmanyu, The shrink, Dr. Anjali Chhabria and the nut, Atul Khatri and Comedian-Illusionist Karah Chauhan!

For those who have been living under a rock, a Delhi boy who hardly qualifies to be one (he writes haikus and doesn’t drive a scorpio), Abhishek Upmanyu is one of the finest young comedians in the country, representing fresh new talent on the scene. Known for killing it on stage, he has always tickled us with his quick jokes, awesome observation and jaw-dropping delivery. The ‘say-it-like-it-is’ comedian started performing in 2013 and needless to say, has come a long way. Abhishek now lives in Mumbai and hoping to scale new heights of success within the comedy, and live performance arena. He is all set to hit it big here at Asia’s largest college cultural festival.

‘So many words to say and no way to say them’, don’t we all relate to this? And there’s no doubt that mental strength synced with internal stability counts a lot. The shrink, Dr. Anjali Chhabria and the nut, Atul Khatri will ensure you can live your life to the fullest, through their unique roadmap. A former member of one of the country’s leading comedy collectives, East India Comedy, Atul Khatri brings his 40+-year-old perspective with every show. CNN-IBN recently rated him as one of the Top 20 Comedians in India to Watch Out For! So listen to CNN-IBN and head over to Humour Fest, and get a chance to come out of your blues!

Finally, get ready for a unique combination of comedy, gags and illusion as India’s first and foremost comedian-illusionist Karan Chauhan tickles you into giggles. A familiar face from shows like the Great Indian Laughter Challenge and MTV reality show – Elevator Pitch, we will never get enough of him! Recipient of awards like Magician of the Year 2015 and Medal of Merlin from International Magicians Society, USA, this act is sure to leave you both, in awe and in splits! 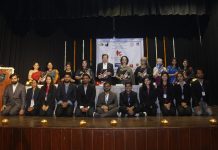